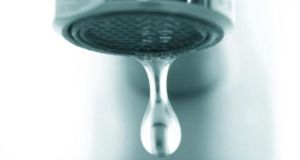 Kerry County Council will recoup almost €13 million from Irish Water next year, more than it will get from local property tax, the annual budget meeting was told this morning in Tralee.

Kerry County Council will recoup almost €13 million from Irish Water next year, more than it will get from local property tax, the annual budget meeting was told this morning in Tralee.

The €12.9 million revenue from Irish water is mainly made up of payroll costs to do with water supply and waste water treatment by the council as agents now for Irish Water.

As a source of income for the council, the figure is over €1 million greater than will be earned from Local Property Tax and it represents 11 per cent of all earnings for the council.

However Irish Water is seeking a reduction in what it will pay the council going forward, finance officer Angela McAllen outlined

The council is to collect monies for Irish water as well as oversee operation of public water supplies and treatment plants. However the maintenance of public conveniences at 29 different locations is being paid for solely by the council and will cost €675,000 next year.

The figure takes into account repairs after storm damage to the toilets at Inch and Ventry beaches.

Meanwhile, councillors in Louth voted today in favour of holding of a referendum to prohibit the privatisation of Irish Water. They also supported a motion calling on the government to stop the installation of meters and instead start fixing leaks.

Cllr Mark Dearey (Greens) proposed the motion on a referendum because he believes Irish Water has the potential “to become very very attractive to private investors,” including pension funds.

“I believe water needs the protection of the constitution, and an amendment should be made to article 10.3 which deals with management of State resources including gas, oil, minerals and water,” he told the monthly meeting of the council today.

The motion was supported by 23 of the 29 elected councillors. Fine Gael councillors present did not support it and two councillors abstained.

Sinn Féin’s Thomas Sharkey got the support of 22 of the 29 councillors, excluding Fine Gael and one Labour councillor, for his motion calling on the government to stop the roll out of meters and “redirect the € 529 million loan finance from the National Pension Reserve Fund towards fixing the massive leakage problems and interruption to supply.”

The motion also called for Irish Water to be recognised as “not fit for purpose,” and to prevent the spending of “€ 35 million on the use of external consultants in 2015.”

Meanwhile the Mayor of Drogheda, Kevin Callan has called for a plebiscite of the electorate in Louth on the issue.

The Mayor, who resigned from Fine Gael because of the handling of water charges, said that Irish Water, “as it is configured must be stood down and that the people of Louth/Meath should be provided with a vote coordinated through Louth County Council to express their opinion at the ballot box which currently is not being permitted nationally or at a referendum on this point.”

The chief executive of the council, Joan Martin, said she will see if there is any provision for it and will let the councillor know.

Cllr Callan began an online survey of opinion on water charges and in the first twenty four hours 1200 people had responded. He said 85 per cent of those you responded wanted the charges abolished while 10 percent wanted to keep Irish Water with no additional charge.