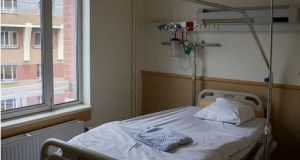 Under the new programme for government, expected to be published this week, hospital services will be run by statutory trusts which will own their assets and manage the recruitment of their own staff. File photograph: Getty Images

The Government is planning to “dismantle” the HSE and replace it over time with a new health commission.

Under the new programme for government, expected to be published this week, hospital services will be run by statutory trusts which will own their assets and manage the recruitment of their own staff.

Hospital groups – which will be replaced by trusts – will have to agree annual performance targets for waiting times, out-patients and emergency department attendances which will be linked to new activity-based funding.

It is envisaged that a new performance management unit, with its own ring-fenced budget, will be established.

The plan also involves the provision of a special fund of €50 million to improve waiting times for treatments in hospitals. It is understood this includes the €15 million investment in the National Treatment Purchase Fund, set out in the agreement between Fine Gael and Fianna Fáil.

The ambitious health proposals are a central plank of the final 160-page programme for government document which will be published ahead of the Cabinet meeting on Wednesday.

Taoiseach Enda Kenny has asked each of his Cabinet Ministers to prepare memoranda on their immediate priorities before the meeting.

In particular, Ministers have been asked to focus on the specific programme for government commitments for the first 100 days, which include legislation to suspend water charges for nine month and an action plan for housing.

Newly appointed Minister for Housing, Planning and Local Government Simon Coveney confirmed yesterday that he was offered a choice of ministries by Mr Kenny but opted for housing as he sees it as one of the most important challenges facing the Government.

“I was very privileged to be given a choice – the Taoiseach asked me what I wanted to do – he gave me a choice of a number of portfolios, which I really appreciated, and I actually asked him for the housing brief – it’s one that I effectively chose,” he said.

Mr Coveney said friends had contacted him assuming he would have been frustrated at being “handed a poison chalice” but while he recognised how politically fraught his new portfolio is, given it also includes Irish Water, he believes he can make progress on the housing issue.

Meanwhile, senior Government sources said it was necessary for the Dáil to be in recess this week to allow planning for the complicated arrangements that will become a reality in the new Dáil.

“It will be a very rushed and chaotic week as new Ministers get up to speed in departments, some of which are not fully operational yet,” said a source.

The office of chief whip Regina Doherty is also expected to be substantially enlarged to facilitate the liaison with Independents who are part of the Government, and Opposition parties, particularly Fianna Fáil.

New powerful Dáil committees, with chairs selected on the D’Hondt system, will also be set up at the earliest opportunity, possibly next week.

Fine Gael yesterday flatly denied a report that the Tipperary TD Michael Lowry had come to an “understanding with the party” in relation to support.

“There is no basis for that report. We can be stupid but not that stupid,” said a source.

1 ‘Frustrated and angry’: Thousands march in Dublin to protest death of George Floyd
2 Coronavirus: One more death in Republic as expert warns house parties are ‘disaster’ for containment
3 Covid-19: Easing of restrictions ‘unlikely’ to be speeded-up
4 Couple injured in shooting incident at farm in Co Waterford
5 US: Trump threatens to deploy military to end protests
Real news has value SUBSCRIBE