Two months after list was announced, no Bill has yet been published 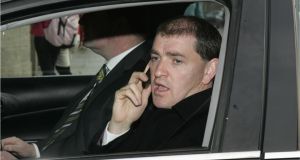 
Two months after the Government announced its ambitious legislative programme, not one of the 42 Bills promised before the summer recess has been published.

On January 15th, as the Dáil returned after the Christmas break, Government Chief Whip Paul Kehoe announced an “A” list of priority legislation, which included a record 42 Bills.

The list included a number of high-profile Bills including the long-awaited Children First Bill and the Consumer and Competition Bill. Other promised legislation included Bills to facilitate free GP visits for under sixes and to regulate political lobbying.

However, as of this week no Bill has been published by the Government.

New system
A spokesman for Mr Kehoe said the hiatus was partly due to a new system for bringing legislation through the Dáil. It is designed to achieve a “better flow” of legislation through both Houses of the Oireachtas and minimise the number of debates on legislation where the Government applies a guillotine (effectively curtails debate).

He added that a small number of Bills had been approved by Cabinet but their publication had been held back until next week. Among these is the Consumer and Competition Bill which will, among other things, deal with media mergers.

Opposition parties have criticised the lack of legislation going through the House.

The chief whip’s spokesman said the Companies Act, the largest piece of legislation in the history of the State, was before the Dáil and Seanad at present and required close scrutiny. He said the report stage of the Bill would dominate proceedings in the Dáil next week.