Flanagan rejects claims of failing to act in Halawa case 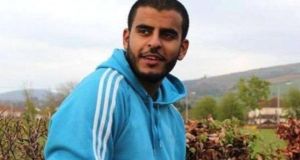 Ibrahim Halawa’s family has criticised the Government’s approach to the Egyptian authorities, with his sisters calling on Taoiseach Enda Kenny to intervene in attempts to have him released from jail

Minister for Foreign Affairs Charlie Flanagan has dismissed as “unfair and unfounded” claims his department is failing to act in the Ibrahim Halawa case because of the young man’s name and Egyptian heritage.

Mr Halawa, a 19-year-old Irish national from Tallaght, Co Dublin, has been charged with murder, attempted murder and participating in an illegal protest along with hundreds of Egyptians.

Mr Flanagan has previously declined to respond to comments by Sinn Féin MEP Lynn Boylan who has questioned whether the Government would be doing more for the teenager if his name was Paddy Murphy.

However in a strongly-worded letter to the chairman of the Dáil’s Foreign Affairs committee, Fine Gael TD Pat Breen, Mr Flanagan insisted such statements were untrue.

“I am aware of the unfair and unfounded suggestions that the Department is failing to act or doing less because of Ibrahim Halawa’s name or because of his Egyptian heritage,” said Mr Flanagan.

“These unhelpful comments are so easy to make and so difficult for the officials involved to dispute.

“I would like to reassure you and members of the committee that any assertion that the Department is treating Ibrahim Halawa less favourably than how it might treat another Irish citizen is utterly untrue and entirely without foundation.”

The Halawa family has also criticised the Government’s approach to the Egyptian authorities, with Mr Halawa’s sisters calling on Taoiseach Enda Kenny to intervene in attempts to have him released from jail.

Mr Flanagan, in his letter, acknowledged the “difficult time” the family was having and said he was aware of various calls for additional action from Government.

He said the case was a complex one and the Government’s approach had to be based on the practical realities of how a consular service must act to best protect citizens abroad.

“Now that a formal application for release is being considered by the Egyptian court, it remains the considered view of the Government that the work necessary to assist in reaching a positive outcome in this case, which is ongoing and continuous, is best done in a low-key, measured and resolute fashion”.

The Minister also referred to reports that Mr Halawa had been tortured, which he said “genuinely horrified” him.

However, he said the reports were unfounded. “Unfortunately, they may also have been damaging to our ongoing efforts in this case as they attributed to the Egyptian authorities a level of maltreatment and abuse that is not accurate.”

He cautioned that “injudicious and intemperate” public statements, “however well meant”, could have “a negative impact on Ibrahim’s plight”.

He added: “Rather than assisting the situation, they may in fact be contrary to his best interests”.