‘In our hearts this seat will always be Bobby Sands,’ says Gildernew 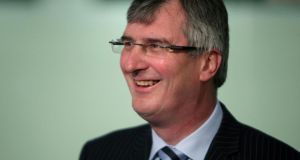 “The most westerly constituency is not only red, white and blue, it’s represented,” said the UUP’s Tom Elliott. Photograph: Brian Lawless/PA

Unionist candidate Tom Elliott criticised Sinn Féin’s abstentionist policy as he claimed victory in the Fermanagh South Tyrone constituency after 5am on Friday.

He beat incumbent MP Michelle Gildernew of Sinn Fein by 530 votes. A Sinn Fein request for a recount was refused.

Mr Elliott, a former UUP leader, said his success was the result of a “combined effort” by Unionist organisations. He mentioned the DUP, the TUV, Ukip, “the victims’ sector and the Loyal Orders”.

However, he said votes had also come from “right across the community”.

He wanted to thank those people “who realise we need representation in Fermanagh South Tyrone”, he said. Sinn Féin MPs do not take their seats at Westminster.

Mr Elliott also said the constituency did not “belong to Bobby Sands”, the Republican hunger striker who secured the seat in 1981.

Ms Gildernew, MP since 2001, confirmed Sinn Féin had asked for a recount but it was not granted.

She said she was “proud and humbled” so many people had voted for her.

“I’m not going anywhere,” she added, saying she would continue to work for her former constituents.

“In our hearts this seat will always be Bobby Sands’.”

Turnout was a high 72.98 per cent in Fermanagh South Tyrone.