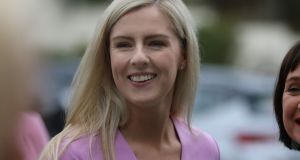 There was a time this century when Fine Gael dominated Mayo to an overwhelming extent. The party won an astonishing four seats out of five in the 2011 election. But constituency changes after that election saw a whole section of South Mayo being lopped off and added to Galway West. When the constituency reverted to a four-seater, the party just could not repeat the seat.

In the 2016 election, despite securing 50 per cent of the vote, the party won only two seats of the four. Fianna Fáil was helped by a big transfer from Rose Conway-Walsh of Sinn Féin, who got half a quota.

This time around, the constituency is unchanged. Enda Kenny was taoiseach in 2016 and got a huge personal vote. He is not standing again. While Michael Ring is a proven vote-catcher, you suspect Fine Gael cannot attain the heights of the two previous elections.

It should make for a far more even distribution of the four seats. Fianna Fáil did relatively well in the local election and its two deputies, who include the party’s deputy leader Dara Calleary are high-profile (although Lisa Chambers got into hot water during the Vote Gate controversy).

It’s hard to see Conway-Walsh (who is based in Belmullet) make a breakthrough this time, given her party’s support has plateaued.

If there is a surprise, it could come in the shape of a most unusual politician, Saoirse McHugh. The Green Party activist was an overnight sensation during the European elections. Her energy, passion, idealism, and unspun nature has brought her a big following, mostly young.

But how many of them live and vote in Mayo? The constituency is rural. The Greens hardly recorded a blip during the local election campaign and currently has 1 per cent support there. Besides, McHugh has taken strong stances locally in Achill (backing accommodation for asylum seekers) that won’t endear her to all.

Still, she is a phenomenon. If there is a mood for big change, she could be a challenger, illogical as it seems.

Former footballer Alan Dillon (based around Castlebar) and Senator Michelle Mulherin from Ballina (both FG) will vie to win the second seat behind Ring (who is from Westport).