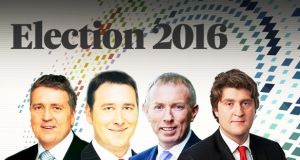 Fine Gael retained its two seats in the Clare constituency despite securing only about 26 per cent of the first preference vote.

Pat Breen and Joe Carey were elected on the 12th count without reaching the quota.

From the start it had been clear that Fine Gael would definitely win one seat and would feature strongly in the race for the second.

Whether as a result of superb vote management, good fortune or both, Breen and Carey stayed in close proximity to each other and sufficiently ahead of Fianna Fáil’s Michael McDonagh to take the two seats.

However the story of the election in Clare was the performance of local GP and independent candidate Michael Harty.

He had been prominent in the grassroots movement that has grown in parts of rural Ireland over recent months to retain local general practitioner services.

He announced that he would run for the Dáil several weeks ago and seemingly out of nowhere his campaign gained significant traction.

Harty secured about 15 per cent of the first preference vote and was elected on the ninth count.

Among his supporters at the count in Ennistymon was Jerry Cowley, another rural general practitioner who a number of years ago won a seat as an independent in Mayo.