Calls for review of Dáil attendance and expenses system 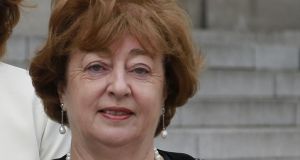 Members of the Dáil’s oversight body have called for a review of the attendance and expenses system after it emerged that several TDs clock-in yet do not attend Dáil votes.

The Social Democrats co-leader Catherine Murphy, who sits on the Oireachtas Commission, the Dáil’s governing body, said it was a “valid” issue for the commission to consider.

It comes after an analysis by RTÉ found that several TDs recorded their attendance at Leinster House for expenses purposes on voting days when they did not take part in any votes.

“There are always ways you can make improvements and it is valid for the commission to look at this, and it is also in the interest of members. There is no harm in examining it. However, there are very simple explanations. Sometimes you are at a committee and you make a judgment call if you can leave or not.”

She said it is possible to abuse the system, but that she has not witnessed this.

Members of the Government have said the issue merits further investigation. Noel Rock, the chair of the housing committee, said the issue “is something that should be looked at”.

Referring to comments made in the Dáil debate on the voting controversy in October, Mr Rock said: “It all looks a bit peculiar to me, and given there has been a suggestion on the floor of the Dáil that people might be getting other people to ‘fob in’ for them to claim expenses, it’s a reasonable line of scrutiny. If that were the case, it’s a big problem and would need to be immediately dealt with.”

There is no suggestion any members have been detected “fobbing in” while absent from the Dáil.

‘Many reasons for not voting’

However, Fianna Fáil TD Timmy Dooley, who is also a member of the Oireachtas Commission, said he did not believe the matter merited further investigation. Mr Dooley, who was at the centre of the recent Dáil voting controversy, said “people have many reasons for not voting, from being paired, to attending other meetings relating to their portfolio or area of interest”.

Mr Dooley, according to the RTÉ data, failed to vote on 36 days when he was marked as signed into the Dáil. During this time, he claimed €87,294 in Travel and Accommodation Allowance (TAA).

Pairing is an arrangement between two TDs of opposing parties to not vote in a particular division, enabling them to be absent without affecting the result.

Government chief whip Seán Kyne told The Irish Times some of the TDs who appear towards the top of the list of voting absentees would be called on to act as pairs by the Government when its members are not present in the Dáil.

However, the practice is less common in the current Dáil due to the confidence and supply agreement. Under this deal Fianna Fáil abstains from votes, allowing the minority Government to pass legislation and stay in power.

Mr Kyne said the Healy-Raes, Independent TD Michael Fitzmaurice, as well as Sinn Féin and Labour members would be called on to give a pair if, for example, a Minister was out of the country or indisposed.

However, he said use of the pairing system had become less widespread during this Dáil term, and that it would usually be reserved for use if a large number of Government TDs were not available, or on confidence and finance issues.

The Minister for Finance Paschal Donohoe said he believes the system in Leinster House works “quite well” and there are many reasons why TDs may be present but not in the chamber during votes.

“When I was in the Public Accounts Committee, I would frequently not go to vote, because if I went to vote it would mean I would not be able to participate in the committee appearance and hearing overall, and could mean you miss important parts of testimony from those who are in front of the committee.

“The second reason could be that you were involved in meetings, either with constituents or with groups that are in Leinster House.”