Opinion: Ireland is unusual among industrialised nations in not providing general tax allowances for children 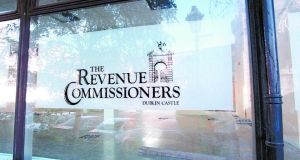 While a strong case can be made for widening the standard rate tax band when the point at which income becomes liable for tax at the top rate is compared with other European tax systems, introducing a child tax credit would allow for better targeting.

It would also do more to get money where it is intended, as opposed to benefiting everyone earning the average income and above, with or without dependent children. An across-the-board reduction in income tax rates or to the universal social charge, the other policy choices reportedly being considered for delivering help to squeezed families, would spread the limited resources available for tax relief even thinner.

Children were recognised to impact on a person’s ability to bear the burden of taxation as long ago as 1799, when a tax on income was first introduced. Anyone responsible for a child was entitled to relief, on a scale varying with the size of the income and the number and age of the children.

Taxpayers with children continued to pay less than those without up until 1986, when the child tax allowance was abolished and incorporated into a more generous social welfare cash benefit for all children, in response to a commitment in the 1982-1987 Fine Gael/Labour programme for government.

Ireland is unusual among industrial countries in not providing general tax allowances or credits for children. What is more, tax relief continues for a dependent spouse, regardless of whether or not they are caring for children and despite there no longer being a bar on married women holding a job or claiming social welfare.

Wages also no longer differentiate between workers with and without children. The higher wage rates paid to men before equal pay legislation was enacted in the 1970s were a crude attempt to take account of family responsibilities. Instead, a social welfare top-up payment, the family income supplement (FIS), is used to make work pay and tackle in-work poverty for families in low-paid employment.

FIS acts similarly to a refundable child tax credit where when the value of the credit exceeds the amount of income tax a family owes they are refunded part or all of the difference. This refundable component is used – in the US, for example – when the policy objective is to ensure the credit benefits low-income families.

Withdrawing credit
Gradually withdrawing the credit as income rises above specified limits is another feature used to get relief to where it is most needed, in that less is distributed to high-income families. To avoid creating disincentives for both parents in a couple to work outside the home and to marry, countries such as France and Italy relate the size of the credit to the number of workers.

In contrast to our income tax system and pay scales, an allowance for a dependent child, the increase for a qualified child (IQC), continues to be paid to families receiving weekly social welfare payments. But, for working families on modest incomes there is no recognition of the costs they incur rearing children beyond child benefit, which is available to all families irrespective of the size or source of their income. Is it any wonder there is such opposition to reforming child benefit, as witnessed last year in the response to and subsequent shelving of the Advisory Group on Tax and Social Welfare’s recommendations for better targeting the payment?

Until this missing part in the €2.8 billion child and family supports package is in place, resistance to wider reform will continue – to the detriment of hard-pressed families at all income levels.

Laura Bambrick holds a PhD from Oxford University on the treatment of married women in the Irish income tax and social welfare codes and in employment law. She is a parliamentary assistant to Dublin South Central Labour Party TD Michael Conaghan. The opinions here are her own.