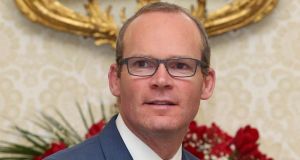 A fund established by the Government to help to build small infrastructural projects will speed up the construction of some homes by two years, Minister for Housing Simon Coveney has said.

Councils will be able to avail of the fund to build small infrastructural projects, such as access roads, bridges, amenities, and surface water management facilities. This would help speed up the development of sites for houses and apartments by removing the financial burden of such projects from developers.

Mr Coveney claimed it would allow developers “bring forward their plans for timetabling” developments and bring about “real movement” in the construction industry.

The funding will not come into effect until next year, however, and the scheme will apply over three years. The Ministers said the money available, which will be awarded on a competitive basis, will be frontloaded.

“We are trying to ensure that projects that otherwise would be going ahead in 2019 or 2020, when local authorities find a way of affording infrastructure, that actually those projects can go ahead in 2017 or 2018,” Mr Coveney said.

“When Paschal talks about this fund being spread over three years, the vast majority of it will be spent over the first two years. Only €30 million of the €200 million is earmarked for the third year.”

It will help with urban housing shortages in Dublin and Cork in particular, Mr Coveney said. He said the average cost of building a house in Dublin is €330,000, with €57,000 linked to construction costs.