‘It just shows how the whole world has gone’ 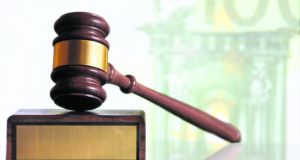 Vincent Campbell has confirmed to the Limerick Leader that he sold and bought back the piece of land and house at Ballycummin, Raheen.

Mr Campbell, whose family launched the Highway Bar and Restaurant in Dooradoyle, said he plans to graze cattle on the site but otherwise has no immediate plans.

The piece of land and house were sold at auction by GVM Auctioneers’ Tom Crosse.

“It is a very unique story,” Mr Campbell said. “It just shows how the whole world has gone, and unfortunately we all know what has happened in the eight years.

‘Happy years’
“We spent 20 very happy years there [in Ballycummin], we raised our family there. It was a lucky place for us and not just selling it, we were very lucky in life there.

“I was lucky that it was for sale again and I was in a position to buy it. I have very fond memories. I’m delighted to have it back,” he said.

He bought the house in 1986 and the piece of land in 1992. When it was sold privately in 2005, a flagship car dealership was planned for the site but building never started.

The land remained idle until it was put up sale by public auction on the instructions of a liquidator.