Women’s Aid group concerned at impact of coronavirus on abuse 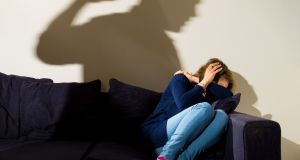 Calls to Carlow Women’s Aid have increased since the start of the coronavirus crisis, according to a spokesperson for the organisation. File photograph: Dominic Lipinski/PA

Particular effects of the Covid-19 pandemic are being felt in Carlow, according to the county’s Women’s Aid support service, which has expressed fears that court-ordered safety orders will be harder to get.

The organisation, which deals with Carlow and parts of Laois and Wicklow, was told on Monday by the Courts Service and An Garda Síochána that judges will be appointed to hear protection order applications.

“People are anxious. These are families who were in complicated situations beforehand, so this [the pandemic] only adds to it. But when all the supports have fallen away, it’s much more difficult,” said Anton Scheele of Carlow Women’s Aid.

“That’s throwing up loads and loads of complexities. The number of calls we’re getting is also growing,” said Mr Scheele.

The restrictions are forcing the abuser and abused together: “When people don’t get on, it’s messy. People are holed up in the one space and there’s a lot of trauma already there. ”

Some victims are no longer living with their abuser but are now sharing homes with teenage boys who “have grown used to seeing their mother treated with disrespect,” he added.

“Some of those boys have seen how their fathers were to their mother. If you’re surviving or trying to cope with trauma, then having a strapping 14-year-old in the home can be challenging,” he went on.

The closure of creches has caused issues: “Without the creche, it’s one less space to get away from traumatic homes,” said Mr Scheele.