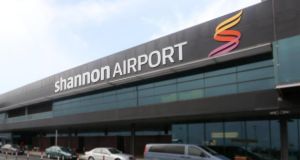 A fire alarm activated by vegetables forced the crew of a transatlantic passenger jet to declare an emergency and divert to Shannon Airport.

It was the third time this year that vegetables and flowers forced flights to divert to Shannon after fire alarms went off.

The crew of Air France flight AF-733 declared a “mayday” when they were about 800km south-west of Shannon.

The Boeing 747-400 was was travelling from the Dominican Republic to Paris with 142 passengers and 12 crew.

The crew told the Irish Aviation Authority’s North Atlantic Communications Service centre at Ballygirreen in Co Clare that a fire alarm had gone off in the forward cargo hold and they needed to land as soon as possible.

Fire crews, ambulances, gardaí, the Irish Coast Guard and RNLI were all alerted.

The aircraft landed at 9.55am on Sunday with emergency crews on standby. The fuselage was checked for signs of scorching and thermal imaging cameras looked for heat spots in the hold.

Although the onboard extinguishers had activated no fire was found on board and it’s believed that heat generated by peppers activated the fire system.

In September and March, jets flying between America and the Netherlands carrying flowers both made emergency landings at Shannon after the crew reported a possible fire on board.