The social network is in trouble. The House of Mouse could be interested in its streaming-TV potential. But buying Troll Towers would be an uncharacteristic gamble 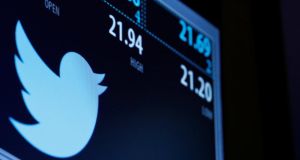 Twitter is in trouble. The social-media company isn’t growing its user base, it’s not making money, and pretty much everyone acknowledges that it has turned into the world’s most toxic bully forum.

So the news this week that Disney might be interested in acquiring the beleaguered social network for about $18 billion caused some bafflement. Why on earth would the House of Mouse be interested in buying Troll Towers?

The tweet-length explanation would be: “Disney is a media conglomerate with a huge cable TV business, and Twitter could be the streaming-TV network of the future.”

But, as with many tweets, a lot gets lost in the brevity. In an admission that its business is failing, Twitter’s board has been sounding out possible suitors, with Google and Salesforce among the names that were initially floated. Both firms would at least be able to use the vast amounts of real-time data that Twitter generates.

Then Bloomberg revealed that Disney is considering a bid. The logic seemed a bit flimsy: Twitter has been expanding into livestreaming video, especially of big US sports, and is already full of six-second clips that users share. This could make Twitter a new social, shareable TV feed to fuel the demand for Disney’s TV and film products, according to the far-fetched thinking.

But Twitter doesn’t come near to justifying its $18 billion valuation. It has probably reached the limits of its growth at about 350 million users, leaving it too small to rival Google and Facebook for targeted advertising, and the troll-riddled feed isn’t an ideal place for brand advertising.

So it sounds like a huge headache for a suitor. As one former Twitter executive was recently quoted as saying, “Twitter is the most invaluable company that no one really wants to buy.”

For Twitter’s chief executive, Jack Dorsey, who sits on Disney’s board of directors, finding a buyer might be the only option. For Disney it would be an uncharacteristic gamble.