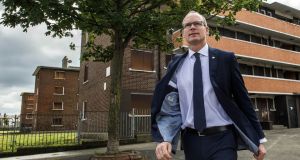 A community in south Connemara has expressed “serious concerns” about the Marine Institute’s handling of its application to develop its renewable energy test site in Galway Bay.

Community activists and residents have accused the State agency of “project splitting” , “lack of transparency” and a “failure to comply fully with EU directives”.

The Marine Institute is seeking a 35-year lease under the 1933 Foreshore Act to develop a quarter-scale renewable energy test site southeast of An Spidéal, Co Galway.

The deadline for public consultation has been extended several times by Minister for Local Government Simon Coveney, with the closing date now September 9th.

The Marine Institute had leased a test site since 2006, in partnership with the Sustainable Energy Authority of Ireland, and the approval for this was given a one-year extension.

As part of this, it has already established a sub-sea observatory, called SmartBay, which has a separate permit and began a live feed of data back to shore in late June.

The project has been billed as an integral part of the State’s offshore renewable energy programme, extending from ocean energy test tanks at University College Cork to a proposed full-scale test site in Belmullet in Co Mayo.

Several speakers asked why the project had already been advertised as a research platform for technology, including development of anti-fouling, when it had not secured the 35-year lease.

Community activist Seán Ó Coistealbha, who lives close to the test site, said that if the Marine Institute had sought genuine local participation, as occurred with renewable energy projects in countries such as the Netherlands, this would have “guaranteed a level of transparency which is lacking now”.

“This area is used for seaweed and periwinkle harvesting, for marine leisure, and it is an archaeological treasure,” he said.

“We have recent evidence of 7,500-year-old forests before the bay was formed and a possible neolithic harbour, and I would hate to see access to that now restricted,” he said.