Security checks carried out in Galway for royal visit 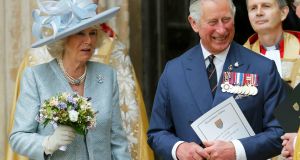 Security checks have been carried out on a fishing village in the west in preparation for visit by British royalty.

Gardaí have spent recent weeks checking a number of properties and other locations in and around the Claddagh, Galway’s oldest fishing village, as the local national school awaits the arrival of Camilla, Duchess of Cornwall next week.

The duchess and Prince Charles will spend four days visiting Galway, Clare and Sligo but, for the people of the Claddagh, the visit to their national school in Fairhill will be the highlight.

Built in 1933, the Claddagh school was originally divided into a boys’ school and a girls’ school, which later amalgamated to become a co-educational facility. It now has over 360 pupils and a teaching staff of more than 40.

The four-day visit will begin on May 19th with a reception for Prince Charles and his wife at NUI Galway, which has historic links with royalty.

The university quadrangle first opened its doors to 63 students on October 30th, 1849 – the official date of the opening of what was then Queen’s College Galway. The University was one of three Queen’s Colleges - the others were located in Cork and Belfast.

The quadrangle building, built in local limestone in a Tudor Gothic architectural style, is modelled on Christ Church at the University of Oxford.

The couple have invited President Michael D Higgins and his wife Sabina to dinner. Prince Charles will separately visit the Marine Institute near Oranmore and the Burren in Co Clare.

The couple will later travel to Mullaghmore in Co Sligo, scene of the 1979 murder of Prince Charles’s great-uncle Lord Louis Mountbatten.

They will meet with members of the local community and visit the grave of WB Yeats at Drumcliffe, before finishing their visit to the Republic with a trip to the Sligo races.