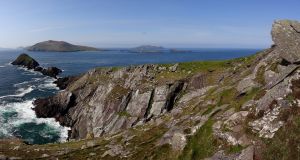 A search is continuing for a 46-year-old Spanish fisherman who fell overboard from a Spanish trawler fishing south west of the Blasket Islands on Wednesday evening.

The man was aboard the 38-metre trawler, Peixemar Dos, which is fishing out of Vigo in Galicia in north western Spain but which is currently operating from Castletownbere in west Cork.

The Irish Coast Guard Marine Rescue Centre on Valentia Island received a report of the man going overboard around 6.30pm and a search operation was launched.

Valentia RNLI Lifeboat, John and Margaret Doig was launched and proceeded to the scene while the Irish Coast Guard Sikorski helicopter, was also tasked to assist with the search.

The helicopter arrived on scene around 7.55pm but visibility was poor and the helicopter returned to base at Shannon while the Valentia Lifeboat is expected to remain on scene until 11pm.

Weather conditions are described as poor with a Southerly gale blowing up 4.5m swells making the search operation difficult with poor visibility also hampering the search.

The LÉ Aisling is also en route to the scene which is some 40 miles south west of the Blaskets and is expected to arrive at around 4am and take over co-ordination of the search.

Number of people in hospital with Covid-19 drops to 597

Number of people in hospital with Covid-19 drops to 597 10:56
Baarack the overgrown Australian sheep shorn of his 35kg fleece 09:57
Gardaí believe shooting of 17-year-old in Dublin was failed murder attempt 08:44
Covid-19: Vaccination programme ‘chink of light’ for travel industry 06:00
Could comedy offer a way to communicate science more effectively? 06:00