Man released without charge over importation of child sex doll 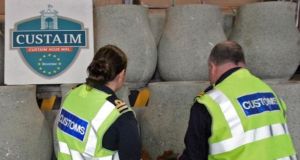 A man has been released without charge in west Cork over the importation of a child sex doll.

Gardí are to prepare a file for the Director of Public Prosecutions (DPP) after the man (44) was arrested earlier this week for questioning about the purchase and importation of the child sex doll which was uncovered in late July by customs officers.

The man had ordered the child sex doll online but customs officers became aware of the transaction and intercepted the mannequin-like item at a postal sorting centre and alerted gardaí.

According to gardaí, they believe the purchase and importation of the child sex doll constituted the importation of child pornography material and they arrested the man at a location in west Cork earlier this week.

The man was detained under Section 4 of the Criminal Justice System at Bantry garda station where he was questioned for several hours before he was released without charge.

Meanwhile, gardaí in Cork city are also to prepare a file for the DPP after arresting a man in his 40s in the Tower area near Blarney for questioning about possessing child pornography.

The man was arrested following confirmation by the Garda Cyber Crime Unit in Dublin that computer equipment seized some years ago during a search in the Ovens area contained child pornography images.

It is understood that the gardaí raid on the premises in Ovens followed an alert via Interpol from a Royal Canadian Mounted Police Internet Child Exploitation unit in Canada which monitors online activity.

The man was arrested and detained under Section 4 of the Criminal Justice Act at Gurranebraher garda station where he was quizzed for several hours before being released without charge and a file will now be prepared for the DPP.