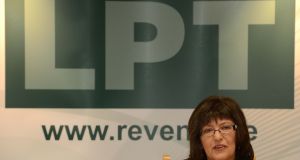 A 22-year-old man has pleaded guilty to fraud offences relating to his obtaining bank and credit card details from people inquiring about filing their Local Property Tax returns.

Last month, Gough of Glyntown, Glanmire, Co Cork was charged with the four offences contrary to Section 6 of the Criminal Justice (Theft and Fraud Offences Act) 2001.

Gough was charged with dishonestly by deception inducing three women and a man on May 2nd, May 3rd, May 7th and May 9th, 2013 to provide their banking details.

The charges alleged that he obtained the details from the four injured parties under the pretext that they were making a payment for their local property tax.

The charges also alleged that Gough did this with the intention of making gain for himself or causing a loss to another person on the days in question.

Between May 1st and May 9th, Gough handled some 750 phone queries from the public about the LPT and in some of these cases, he asked people for their bank and credit card details.

Insp Deasy confirmed that Gough admitted the offences once he was confronted by gardaí and he co-operated fully with detectives when they interviewed him about the offences.

Defence solicitor, Daithi O Donnabhain asked for an adjournment to allow him present a medical report on his client, who no longer works for Abtran, prior to sentencing.

Judge Leo Malone granted the application and also ordered a probation report on Gough whom he remanded on continuing bail to appear again on January 15th for sentence.