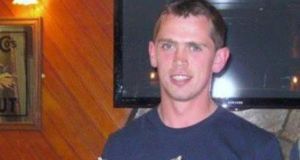 The funeral of a young man killed in a workplace accident in west Cork on Tuesday will take place on Friday as gardaí and the Health and Safety Authority continue with separate investigations.

Fearghal Beamish (26) from Carrigroe, Clonakilty suffered fatal injuries while working in the yard of Clona Dairy Products at Sand Quay in the centre of Clonakilty around 10.10am on Tuesday.

It’s believed that Mr Beamish suffered fatal crush injuries when he was trapped between an articulated lorry shunting unit used to move trailers at the dairy.

The alarm was raised by a man in a nearby building, who spotted Mr Beamish lying on the ground shortly after the accident happened and the emergency services were called to the dairy.

However Mr Beamish was pronounced dead at the scene by a local doctor and the area was cordoned off by gardaí before his body was removed to Cork University Hospital for a post-mortem.

A qualified mechanical engineer, Mr Beamish, who is survived by his father, John and siblings, Gearoid, Nollaig and Eimear, will lie in repose at O’Sullivan’s Funeral Home in Clonakilty until Thursday night.

His remains will then be brought to St Michael’s Church in Rathbarry for requiem mass at 2pm on Friday with burial afterwards in the adjoining cemetery beside his late mother, Marion.

A keen rally car enthusiast, Mr Beamish had competed in the West Cork Rally while he was also involved in bowl-playing as well as GAA, playing gaelic football with St James’ GAA Club in Ardfield.