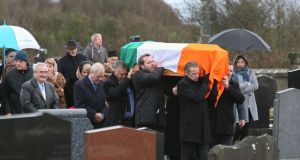 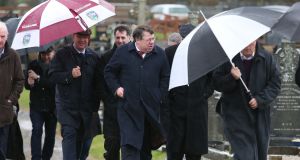 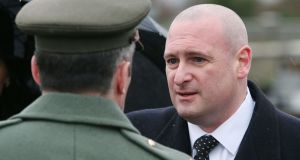 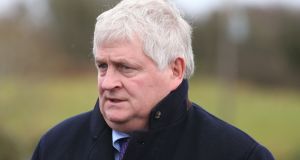 Two former taoisigh, several former ministers and MEPs and leading figures from business, sport and the media were among those who accompanied the coffin, draped in the Tricolour, to the grave at Mount Cross cemetery overlooking the Burren.

“I think PJ might be a bit embarrassed by all this attention,” his brother-in-law, Finbarr Brogan said.

Speaking at the graveside, Fr Frank Larkin expressed his sympathies on behalf of all those gathered to Mr Mara’s son John, daughter Elena, partner Sheila and relatives.

Mr Mara’s late wife, Breda, was from Kinvara, and many people in the community knew him very well, “enjoyed his company” and were “aware of his promise”, Fr Larkin said.

A piece of sculpture, entitled Flight of Birds, had been commissioned from artist John Coll by Mr Mara for his wife’s headstone, Fr Larkin noted.

“May PJ rest in peace and his soul soar in heaven,”he said.

After prayers and piper O’Brien’s rendition of Raglan Road, the words of Kinvara songwriter and poet Francis Fahy were recalled by his relative, Dr Michael Brogan:

Oh, ’tis sad in Dooris when the tide is low

And the green fields buried ’neath the frost and snow

And the dark night’s dreary with the curlew’s cry

As Dr Brogan broke into the final chorus, a number of voices joined in:

Oh the happy summers of the olden days

And the brown boats stealin’ through the golden haze

And the cuckoo callin’ from the woods within

And my love beside me and the tide full in...