Arctic Monkeys, Franz Ferdinand and The Knife among acts bringing festival to a close

Kevin Thornton and Catherine Fulvio were at the Theatre of Food today to bring a touch of gourmet to the Electric Picnic. Kevin shows how camping cooking can be healthy as well as tasty. 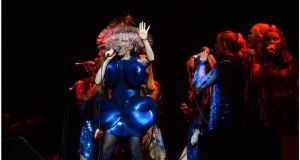 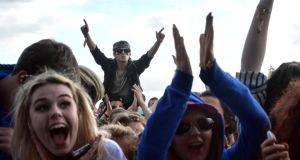 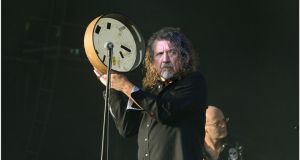 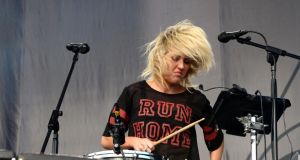 Arctic Monkeys, Franz Ferdinand and The Knife are among the acts that will bring the 10th installment of the Electric Picnic to a close in Co Laois tonight.

The weekend has seen a mixture of young guns, such as Ellie Goulding and Disclosure, and veterans, like Robert Plant and Billy Bragg, entertain the 30,000 strong crowd at the Stradbally venue.

Yesterday belonged to Björk. The Icelandic singer delivered a stunning avant garde set drawing from ‘Biophilia’, an album obsessed with the composition of the universe, planet earth’s functions and internal and external landscapes.

She was also (probably) the only artist to include a floating Telsa coil as an instrument in a set. For the casual fan, it certainly wasn’t a crowd-pleasing stint on the Main Stage, but Bjork’s uncompromising approach is hugely commendable.

In the Mindfield area, Roísín Ingle hosted a conversation with Amy Huberman and Pauline McLynn, the spoken word collective Petty Cash brought some decent words to the theatre tent, Oisin Davis of Damson Diner demonstrated how to conjure up Irish-made cocktails in the Theatre of Food tent, and nearby in the larger Comedy Tent, punters seemed to be as up for a laugh as they were for a tune, with crowds spilling out all evening.

Tonight, Arctic Monkeys bring their Sheffield indie to the Main Stage, while locals Le Galaxie play at midnight in Body & Soul. The Knife will probably outdo Bjork in the arty stakes, and David Byrne and St Vincent team up for a gig at the Electric Arena.

Meanwhile, Electric Picnic organisers have broadcast a warning on social media about “potentially dodgy” drugs circulating on site known as ‘blue ghosts’ or ‘Casper’, because of the colour and shape of the pill.