Complaint made to Equality Tribunal over printing company 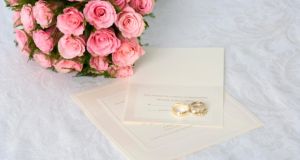 A printing company which refused to print civil partnership invitations for a gay couple has said that a complaint has been made about the decision to the Equality Tribunal.

Mr Mike O’Leary of Beulah Print, Drogheda said that a complaint has been made under the Equal Status Act and it is alleging sexual discrimination.

In March the company defended its decision not to print invitations for Mr Jonathon Brennan (29) and his partner John Kierans (35) from Drogheda.

At the time the company said, “We are not against homosexuals however, we do not support same sex marriage, which printing wedding invitations would do.”

Mr Brennan and his partner plan to marry in August.

On Friday Mr Brennan declined to confirm if the complaint had come from the couple, saying they wanted “to put the issue to bed.” He did not want to make any further comment.

Mr O’Leary said, “We can confirm that a complaint has been received which is now in the hands of the equality tribunal.

“The tribunal normally invite both parties to mediation in an effort to resolve the complaint so we expect this to take place shortly.”