Surrogacy legislation gets go-ahead from Cabinet 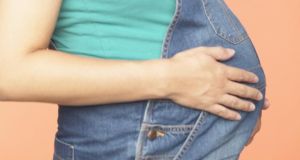 At least one of those involved in a surrogacy arrangement would have to be a genetic parent under the proposals to be brought to Government by Minister for Health Leo Varadkar.

The Cabinet has given the go-ahead for the drafting of Ireland’s first set to laws dealing with assisted human reproduction and surrogacy.

Approval was given at today’s meeting of ministers for the drafting of a general scheme, or Heads, of the Bill. It is unclear where the legislation can be enacted in the lifetime of the current Government, which extends to April 2016 at the latest.

The proposed Bill for Assisted Human Reproduction and Stem Cell Research aims to regulate this area for the first time and end the existing legal vacuum.

At least one of those involved in a surrogacy arrangement would have to be a genetic parent under the proposals to be brought to Government by Minister for Health Leo Varadkar.

The proposals are designed to reform the law in accordance with recent Supreme Court decisions and will cover the transfer of parentage from a surrogate to an “intending” parent.

The Bill, which Department of Health officials have been drafting over the past year, will set out proposals to regulate or limit practices in the areas of surrogacy, embryo donation, sperm and egg (gamete) donation as well as areas of associated research.

The legislation aims to safeguard the welfare, safety and best interests of children, bring certainty to the area for potential parents and provide guidance on what is permitted in terms of research.

It was originally intended that surrogacy arrangements would be dealt with in the Child and Family Relationships Bill being developed by the Department of Justice. However, after the resignation of former minister for justice Alan Shatter, his successor Frances Fitzgerald announced the provisions on surrogacy would no longer be included in that Bill.