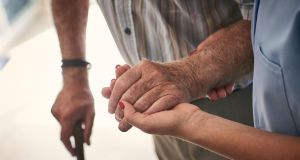 It is alleged the nurse wrote a falsified reference letter purporting to be signed by a former director of nursing at the nursing home, without her knowledge or consent.

A nurse who is alleged to have forged a reference letter has claimed the nursing home that made the complaint against her only did so after she raised concerns about it with the regulator.

“Nurse A” also claims the allegations followed concerns she raised about the “custody and care” of a resident’s diamond ring at the nursing home.

She faces two allegations of professional misconduct and breach of a code of conduct at a fitness to practice hearing at the Nursing and Midwifery Board of Ireland.

These include the alleged imposition of additional charges on residents, the removal of medications by staff for personal use, and a claim that “€5,000 and a television” was taken from a resident.

Denying these allegations, the administrative manager of the nursing home said all charges were itemised, and residents’ personal belongings were stored for them, and sent on to them when they leave. She said €1,300 in cash had been discovered in the luggage of one resident on arrival but this was returned to her.

The hearing opened in public but the NMBI’s fitness to practice committee asked for the names of witnesses and the nursing home to be anonymised after Nurse A’s allegations were made.

It is alleged she wrote a falsified reference letter purporting to be signed by a former director of nursing at the nursing home, without her knowledge or consent.

It is also alleged that when applying for a new job, Nurse A falsely claimed to be still in employment at the nursing home, when in fact she had stopped working there about six months earlier.

Eoghan O’Sullivan, barrister, for the NMBI, said both allegations, if proven, were indicative of dishonesty on the part of the nurse.

Nurse A started working at the nursing home in 2010, initially on a part-time basis and then full-time, until she ceased employment in 2016.

The reference letter she presented to another employer later that year was extremely complimentary, saying she was “one of the most popular nurses” at the nursing home and that she was “a treat to watch” at work.

However, Mr O’Sullivan said, it contained a number of “glaring errors”; it misspelled the name of the nursing home, the purported signatory no longer worked there, and it used an outdated letterhead for the nursing home.

Giving evidence, the administrative manager at the nursing home told the inquiry the letter was bogus. Aside from the errors, the nursing home would not send out this kind of reference letter.

The letter was written on an old letterhead with a different listing of directors and email address from that pertaining at the time it was dated, she said.

However, she later agreed with Edward Mathews, of the Irish Nurses and Midwives Organisation, for the nurse, that this letterhead continued to be used internally for staff notices.

The witness said she received a reference request later in 2016 from a nursing on-call agency, which indicated Nurse A was still employed at the nursing home, when she no longer worked there.

Mr Mathews said Nurse A will tell the inquiry the allegations were made only after she had made complaints about the running of the nursing home.

Among the issues she complained about to Hiqa were alleged deficiencies in heat and the availability of hot water at the nursing home, he said.

She had also expressed concerns about the conduct of the administrative manager and, in particular, her custody of a resident’s diamond ring, Mr Mathews said.

He said his client alleged the administrative manager took the diamond ring for safekeeping. The resident later asked Nurse A to retrieve it and the manager said it was being held for safekeeping.

Later, the resident’s family noticed it was missing and were told by the manager it could not be found, according to Mr Mathews. “You were seen two weeks later wearing a similar ring and she raised the issue with you. You were shocked and it was never seen again on you,” he said.

“Absolute lies, as far as I’m concerned,” the manager replied from the witness box.

“I feel I’m on trial here. I’m accused of stealing a ring worth €5,000 that I know nothing of,” she later told the hearing. “I have to defend myself.”

The hearing has been adjourned to November.