No such thing as safe level of alcohol - UK medical agency 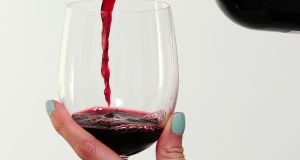 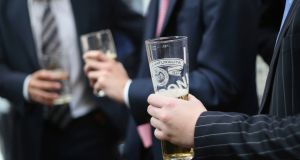 A report by chief medical officer Dame Sally Davies takes account of new evidence on the increased risk of developing cancer from drinking as well as the harms from binge-drinking. Photograph: PA

People need to drink less alcohol as any consumption increases the risk of cancer and other diseases, British government health chiefs said in the first new guidelines issued for 20 years which were denounced by critics as “nanny state” scaremongering.

Britain’s Chief Medical Officers (CMO) said people should drink no more than 14 units of alcohol a week, the equivalent of six pints of beer or 7 glasses of wine, to reduce the risk of illnesses, in a bid to lower deaths caused by drinking.

The previous guidelines, issued in 1995, recommended 21 units for men and 14 for women.

“Drinking any level of alcohol regularly carries a health risk for anyone, but if men and women limit their intake to no more than 14 units a week it keeps the risk of illness like cancer and liver disease low,” said Sally Davies, the Chief Medical Officer for England.

Alcohol is one of Britain’s biggest health problems, responsible for 1.2 million hospital admissions in 2012. It has been linked to heightened risk of liver damage, cancer, stroke and heart conditions.

British prime minister David Cameron’s government mulled the possibility of minimum alcohol prices in a bid to cut down on excessive drinking but rejected plans in 2013, saying there was not enough evidence it would be effective.

The growing health fears about alcohol follow concerns that binge drinking was causing anti-social problems at weekends in many town centres across the country.

The new government advice, which the CMO said was based on the latest firm scientific evidence, recommends people have several drink-free days a week and do not consume the 14 weekly units in one session.

It also says pregnant women should drink no alcohol at all, another revision from the previous guidelines which suggested a small amount was safe.

However, critics said alcohol consumption in Britain had been falling.

Christopher Snowdon, Head of Lifestyle Economics at the Institute of Economic Affairs, accused the health chiefs of ignoring evidence which showed moderate drinking reduced the risk of heart disease and the overall risk of death.

“The change to the guidelines will turn hundreds of thousands of people into ‘hazardous drinkers’ overnight thereby reviving the moral panic about drinking in Britain and opening the door to yet more nanny state interventions,” Mr Snowdon said.

“People deserve to get honest and accurate health advice from the Chief Medical Officer, not scaremongering.”