Lack of clarity on why over €4 million in State funds paid to bank account, says C&AG report 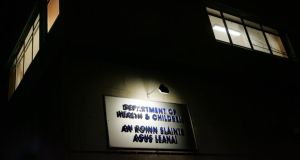 The Comptroller and Auditor General report said that over €4 million was paid into the account between 2002 and 2009 by a range of State bodies including the Department of Health. Photograph: Bryan O’Brien

Over the last three years there have been several reports into how the social partnership process operated in the health services.

At the heart of most of these inquiries was a bank account controlled by two individuals closely associated with the trade union Siptu, into which millions of euro from various State sources was paid from as far back as the late 1990s.

Much of the controversy centred on revelations that money from this account, known as the Siptu national health and local authority levy fund, was used to pay for dozens of foreign trips undertaken by trade union figures, HSE officials and Department of Health and Department of Finance personnel.

A report published yesterday by the Comptroller and Auditor General provides what will probably be the most definitive account of the background to the establishment of this account, why the money was paid into it, for what purposes it was used and the loose procedures that governed the expenditure.

Named previously
The account was established in December 1998 and while the report does not identify the signatories, they have been named previously in the Dáil as retired Siptu official Matt Merrigan and a leading activist in the union, Jack Kelly.

The report said the purposes for which most of the grant payments into the fund were not precisely specified by those giving the money. It said the provision of money was effectively part of wider initiatives across the health and local government sectors designed to support staff training, to encourage support for the process of change and foster relationships between senior management, those running frontline services and staff representatives.

The report said that about €2.2 million paid into the account was spent on training programmes and grants, which appeared to be in line with the partnership objectives set out by those who paid over the money.

It said office expenses and professional fees of about €67,000 were also in the region of the amounts expected to be spent on support costs.

However, it maintained that other substantial areas of spending such as nearly €600,000 on foreign travel, €348,000 on marketing and promotions and €99,000 on hospitality were less clearly within the scope of the funding objectives “and it is not possible to identify the extent of the contribution they may have made to the development of partnership”.

Charities
The report states that while the €49,000 paid out by the account to charities may have had worthwhile social benefits they were “clearly outside” the scope of the funding objectives.

The report also said that a further significant amount of expenditure without a clear business purpose had been charged to the account.

“A large amount of hospitality expenditure was incurred by the Fund. The extent to which this had a relevant business purpose or contributed to partnership objectives could not be established.

“Rules were not set out concerning hospitality spending limits.”

“In some instances, employees of public bodies engaged in foreign travel that was arranged and paid for from the Fund. Such arrangements are inappropriate, because they bypass internal controls over the charging of and accountability for foreign travel expenditure incurred by public employees.”


Invoices totalling €98,000 being submitted twice by the

fund administrator to public bodies in support of reimbursement claims.

No documentary evidence to demonstrate that goods and services which were paid out of public funds were procured in a competitive and fair manner.

Cheques drawn for cash to the value of €11,700 were vouched with pro-forma invoices that did not contain any supplier details.

Payments to some suppliers made in advance of service delivery.

Siptu welcomed the comptroller’s report. It said it accepted the findings that there was a failure of corporate governance on the part of the agencies which contributed to the fund and also that there was a lack of sufficient oversight within the union in relation to the administration of the fund.

Airport arrivals on quarantining: ‘Fourteen days for me is fine. There’s an end date’