Health accounted for 19.9% of government spending in 2014, almost 5% above EU average 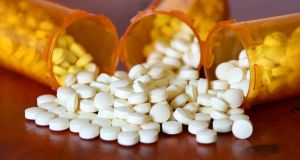 Health accounted for 19.9 per cent of general government spending in 2014, compared to an EU average of 15 per cent.

Ireland’s health service got proportionately more than the NHS in Britain (17.3 per cent) and about four times the share enjoyed by the health systems of Greece and Slovakia.

The figures will weaken further the case for the health service to benefit over other sectors from extra funding should this come available in the coming years.

It follows revised calculations of Irish health spending by the Central Statistics Office (CSO) which show that overall spending by government and from private sources is the second highest among western countries in the OECD.

The CSO data published later last year showed we paid €18.4 billion on health in 2013, just above 12 per cent of gross national income. This was considerably more than the 9.2 per cent average spent on health by other OECD members.

The new Eurostat figures show Ireland spent 9.6 per cent of government expenditure on old age, which includes pensions. This is less than half the EU average of 21.4 per cent.

In contrast, we spend 6.5 per cent of expenditure on unemployment, compared to a 3 per cent average across Europe.

Expressed a proportion of gross domestic product (GDP), Ireland spent 7.6 per cent on health, slightly higher than the EU average of 7.2 per cent.