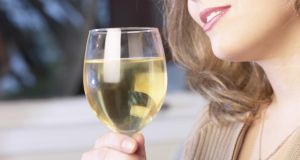 More than 75 per cent of Irish women’s pregnancies involve exposure to alcohol despite warnings about the health effects of drinking, according to a new study.

Drinking during pregnancy is highly prevalent and “socially pervasive” in Ireland and other western countries, the research published in the British medical journal BMJ Open says.

More than 45 per cent of Irish women binge drink in the first trimester of their pregnancy, according to one of the three original studies reviewed for the research. The rate of binge drinking falls to just 0.4 per cent in the second trimester.

There is low adherence to guidelines advising complete abstinence from alcohol during pregnancy, while the high prevalence of consumption is pervasive across all social groups.

Smokers are more likely to drink during pregnancy, the study also finds.

The researchers from University College Cork and centres in the UK, Australia and New Zealand looked at the drinking patterns of more than 17,000 Irish women as assessed in two previous Irish studies and one international study.

In Ireland, smokers were between 17 per cent and 50 per cent more likely to drink during pregnancy.

According to the Scope (Screening for pregnancy endpoints) research which was reviewed for the latest study, 90 per cent of Irish women drank pre-pregnancy, compared to 83 per cent in the UK, 77 per cent in New Zealand and 53 per cent in Australia.

Some 82 per cent of Irish women drank in pregnancy, compared to just 40 per cent in Australia. A total of 80 per cent drank in the first trimester, and 29 per cent in the second.

Caucasian women were more likely to drink while pregnant than non-Caucasians, while younger women tended to have a lower risk of alcohol use.

The study says the widespread consumption of even low levels of alcohol during pregnancy is a significant public health concern because it occurs at a time when the growth of the foetus and the development effects are not well understood.

It says healthcare professionals should continue to advise all pregnant women to abstain from alcohol during pregnancy in line with best practice guidelines, “irrespective of professionally perceived risk of exposure”.

The study also says the dual targeting of smoking and alcohol consumption should be increased and delivered routinely when indicated.

The analysis shows the need for an agreed convention for measuring alcohol use to avoid substantial variation in estimates, according to the authors.