Call for Government to act on obesity crisis 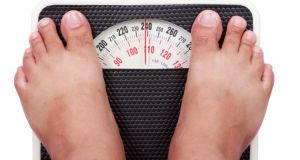 The direct and indirect cost of overweight and obesity in the Republic was an estimated €1.16 billion


There is “no point” in the Government spending money on treating chronic illnesses without tackling the obesity epidemic underlying these health problems, a scientific conference has been told.

Yet in spite of mounting evidence of the huge cost arising from the increase in the number of overweight and obese people, the Government has taken “no action”, according to Dr Anne Dee, consultant in public health medicine in Limerick.

The direct and indirect cost of overweight and obesity in the Republic was an estimated €1.16 billion, she told the meeting organised by the public health medicine faculty of the Royal College of Physicians in Ireland.

Almost 40 per cent of this was direct healthcare costs and the rest was indirect costs due to loss of productivity, absenteeism and premature mortality.

The estimate for Northern Ireland was more than €510 million, of which 25 per cent was accounted for by direct costs in treating people who were overweight or obese.

Dr Dee said urgent action was needed to address the problem, in the form of an evidence-based, targeted and properly funded obesity programme. This could be funded from the proceeds of a sugar or fat tax. The increase in costs for the health service and in productivity losses for the wide economy was unsustainable if not reversed.

She said professionals have the same “preconceptions towards overweight” as other members of the community, and are influenced by social norms about what is regarded as a healthy weight. Their own practice in measuring body weight is influenced by factors such as their own body weight, their age and years of practice.

Dr Mary McCarthy of UCC told the conference that many older people were resistant to changing their diets.

Childhood experiences had a “potent” effect in shaping people’s attitudes to diet-related issues. For some, the opposing views expressed on health and engagement around food created a level of tension and anxiety and many men, particularly “lads”, had a “strong dissociation” from food and healthy eating.


Seat-belt use
Other research presented to the meeting appears to show a significant level of under-reporting of seat-belt use by people involved in road traffic incidents. Some 97 per cent of people, and 98 per cent of drivers, involved in more than 150 incidents reported wearing a seat belt, researchers from the RCPI found. This compares to an observed seat-belt use rate of 89 per cent, suggesting that some patients admitted to hospital after an incident lie because of fears over insurance claims or penalty points. Some evidence of over- or inappropriate use of ambulance services was also uncovered.