New figures show 124 were under 18 years-of-age 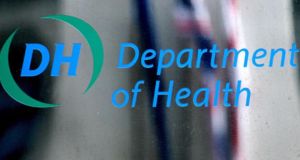 Figures published by the UK Department of Health show 3,982 women who gave an address in the Republic of Ireland travelled to Britain for an abortion in 2012.

Almost 4,000 women from the Republic travelled to England or Wales for an abortion last year, new statistics published by the UK Department of Health today show.

The figures show 124 girls under the age of 18 provided an address in the Republic.

A total of 755 women said they had had one or more abortions in the past.

Women from the Republic made up close to 70 per cent of all non-residents who went to England or Wales.

The figures represent a reduction on the previous year’s statistics. In 2011, a total of 4,149 women travelled while the number of under-18s was 148.

However, not all women resident in the Republic provide their Irish addresses for reasons of confidentiality.

Mr Behan said it was unacceptable that women in Ireland had to rely on UK health services to provide access to safe and legal abortion. “The ban on lawful abortion services in Ireland does not deter women from having abortions; it places the burden of accessing this necessary health service on women,” he said.

“In the last ten years the IFPA has received over 40,000 calls to our national helpline and provided non-directive counselling to more than 12,000 women. Every day we hear from women who have to leave this country to access health services that should be available in Ireland.”

“No one can be under any illusion that enacting the Protection of Life During Pregnancy Bill fulfils the state’s responsibility to women,” he added.

The figures were published by the UK Department of Health this morning. The statistics are obtained from the abortion notification forms returned to the chief medical officers of England and Wales.

The number of abortions provided to non-residents has fallen every year since 2002. The 2012 total is the lowest in any year since 1969.