Coillte halts plans for tree-felling in the Dublin mountains 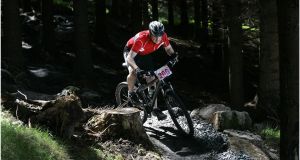 State-owned forestry company Coillte has deferred a large tree-felling operation in Ticknock Forest in the Dublin mountains because of the impact it would have on the popular recreation spot.

The company had planned to clear fell 11 hectares of mature Sitka Spruce in its forest at Tiknock this year.

The forest lies just south of the Dublin suburb of Rathfarnham and has become popular with walkers, mountain bikers, and as a picnicking spot for families. More than 160,000 people visited it last year.

Clear felling has also been planned for other nearby forests close to Dublin, including Featherbed and Ballyedmonduff, which are also recreation spots.

Concerns about the negative impact such wide felling would have on the amenity were raised by groups including the Dublin Mountain Initiative (representing outdoor pursuits), the Green Party, and the Dublin Mountains Partnership (the body that manages such facilities).

Following discussions, Coillte said it had “postponed the scheduled timber harvesting pending a review of how the forest is managed in future, including how harvesting of the existing conifer crop can be progressed in a manner that reduces the impact and disruption to recreation users.”

Green Party leader Eamon Ryan said that while Tiknock had originally been planted as a commercial forest, it had become an important residential site.

He argued that the commercial value of the lumber would be far lower than the recreation value that Tiknock and other forests held for the capital.

Mark Dalton of the Dublin Mountain Initiative said that, following the concerns being raised, Coillte had agreed to a year’s stay and planned to review all felling practices in certain forests in the Dublin mountains.

“It is time that matters other than the commercial value of the timber are considered: matters such as public health and the common good should be considered,” he said.

The quandary facing Coillte is that it has in some senses become a victim of its own success. Sitka Spruce forests were planted widely across Ireland from the 1960s onwards.

When forests such as Tiknock were being planted, the purpose was entirely commercial.

But in the intervening decades, Coillte has increased its remit to make many of its forests recreational destinations with forest walks and trails, mountain bike tracks and picnic areas.

The recreational aspect has become so important that any major tree felling will create conflict with walkers and other users of the forests.

Coillte spokesman Ciarán Fallon told The Irish Times that the company was very aware of this situation.

Mr Fallon said the review would possibly recommend the gradual removal of trees (rather than in one operation over a number of weeks) with simultaneous replanting.

This, he said, would result in “continuous cover” and allow planning for Tiknock and other forests as recreation destinations for the next generation.

He said that, in some areas, shallow roots meant clear felling was inevitable for health and safety reasons, but that the short and long-term aim was continuous cover and natural forest there.