ADHD is common, occurring in 3-5% of school-aged children. The majority of children continue to experience ADHD symptoms into teenage years and adulthood. 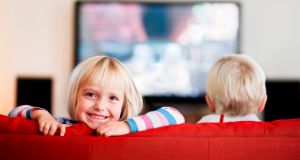 ADHD is often mistakenly presumed to be a ‘modern phenomenon’. The medical literature, however, has descriptions of ADHD symptoms dating back to the early 20th century.

Children with ADHD experience a variety of difficulties which are related to three cardinal symptoms: hyperactivity, inattention and impulsivity. The commonest type of ADHD is a combination of all three symptom areas. Less commonly attentional problems occur in isolation. These core symptoms may impact the academic performance and social development of the child significantly and have adverse effects on family life. As with almost all diagnoses, there is a spectrum of severity with some children experiencing mild functional challenges and others struggling more profoundly. ADHD is common, occurring in 3-5% of school-aged children. The majority of children continue to experience ADHD symptoms into teenage years and adulthood.

ADHD is often mistakenly presumed to be a ‘modern phenomenon’. The medical literature, however, has descriptions of ADHD symptoms dating back to the early 20th century. Even the ‘father of medicine’, Hippocrates, described patients who had ‘quickened responses to sensory experiences … because the soul moves on quickly to the next impression.’  In 1902 the core symptoms we now recognise as ADHD were called ‘Morbid Defect of Moral Control’ followed by ‘Encephalitic Brain Disorders’ in 1922. Nowadays these same group of symptoms are labelled as Attention Deficit Hyperactivity Disorder and are acknowledged to have a neurobiological basis.

ADHD is more common in boys having a male to female ratio of 4:1. As one of the most prevalent disorders of childhood, ADHD is the single most frequent reason for attendance at Child and Adolescent Mental Health Services in Ireland. Rates of ADHD are constant across different socioeconomic groups and are not influenced by factors such as urban or rural upbringing. Prevalence studies which have reviewed occurrence of ADHD across the globe have demonstrated that the incidence of core ADHD symptoms are remarkably consistent despite stark cultural differences. It is the rate of diagnosis and treatment which vary hugely. In Ireland, for example, ADHD remains underdiagnosed and undertreated.

There is no single cause of ADHD: research has shown there is a combination of causal factors and a very strong genetic basis to the disorder. One of the ways this has been determined is by the use of ‘twin studies’ which assess rates of ADHD in identical twins (who share 100% of their genetic material) and non-identical twins (who share 50%).This approach has shown that where one identical twin has the disorder, the other has an 80% risk whereas in non-identical twins the rate is approximately 20%. This finding disproves the myth that ‘bad parenting’ causes ADHD.

The behavioural and cognitive symptoms of ADHD are now understood to be related to dopamine, a chemical in the brain. When humans concentrate, dopamine is released which creates a nerve signal. This signal decreases ‘background noise’ and helps a person to focus. It is thought that children with ADHD are born with a relative deficiency of dopamine which in turn does not exert its full effect. The consequence of this is an increase in ‘background noise’ diminishing ability to focus and pay attention.

Neuroimaging studies of children with the disorder show that there are differences in their brains. Certain brain areas have been found to be overactive and others underactive. It is thought that deficits in communication between brain areas may be at fault. Distractibility may be linked to inadequate suppression of specific brain activity.

Typically the signs and symptoms of the disorder will be different depending on the child’s age. Symptoms will also differ depending on the setting such as school or home. Children with obviously high levels of hyperactivity in school and home are readily apparent, although ADHD may not be considered as a cause with the child seen as simply ‘bold’. In contrast, children with more prominent inattentive symptoms may go under the radar and again ADHD is often not considered as a basis for underachievement with the child being seen as ‘lazy’ and consequently told to ‘make more effort’.

In pre-school children and children in the infant cycle of primary school, the most noticeable sign is often very excessive movement with an inability to sustain play or remain focused on the task in hand. It is very important that activity levels are judged in line with the child’s developmental stage.

Manifestations of ADHD in older school children include being disruptive in class, being slow to start, finish and complete work and frequently making careless errors. Consequently academic potential is often unrecognised and unfulfilled. For example, a child with an above average IQ may appear to be average based on their school performance. Many children with ADHD take on the persona of the ‘class clown’.

At home, the child may be very restless, disorganised, forgetful and require constant redirection. Frustration tolerance is reduced and can lead to disproportionate responses. Homework is a particular battle-ground for the ADHD child; parents will habitually describe how the child’s reaction to homework will frequently dictate the emotional tone in the family for the remainder of the evening.

Socially, children with ADHD often struggle. They are noticed to be good at making friends but are less successful at sustaining companionship.  When children are younger this may not be apparent as it may simply consist of running around the yard together. As the child grows older and subtleties of friendship increase, peers may become less tolerant of impulsivity, over-talkativeness and troublesome behaviour.

The teenage years may be particularly challenging as impulsive behaviour can pose significant risks and can lead to poor decision making. Substance Abuse and cigarette smoking are more common in teenagers with untreated ADHD. There is also a higher reported incidence of unplanned pregnancies and road traffic accidents.

The diagnosis of ADHD is based on clinical history and will typically include standardised questionnaires and information from the class teacher. The treatment recommendations will be based on the particular manifestations of ADHD the child displays.

Educational supports are very valuable. There is a range of approaches that can modify the level of impairment associated with the child’s ADHD in school. Very simple measures such as where the child is seated, for instance, can help in maintaining attentiveness. Children often benefit from 1:1 teaching and the Department of Education Guidelines provide for 2.5 resource hours/week for children with the disorder. All children with ADHD are also entitled to an Individual Educational Plan (IEP).

The transition to secondary school with its increased organisational demands (time-tables, lockers, moving classrooms, books, more intensive workload) can be particularly problematic. Indeed many children who have successfully managed primary school without ADHD affecting their functioning, may only present as having noticeable symptoms in the secondary school context. Some secondary schools run transition days/weeks to help prepare incoming 1st year students for the challenges they face. Students taking state exams are also entitled to accommodations and Leaving Certificate students are entitled to apply for the DARE Scheme (Disability Access Route to Education) with their CAO application. This offers a number of benefits including the opportunity to access university courses on lower points.

Many children and parents find Occupational Therapy strategies useful in managing ADHD symptoms. This approach promotes organisation skills and minimises sensory overstimulation. Children often find that the use of designated ‘fidget tools’ and other practical resources such as specially designed seating help to regulate activity and promote attention.

Because children with ADHD can be challenging, parenting courses are highly recommended. The Incredible Years and Parents Plus Courses which are run in a variety of settings nationwide have proved very popular and helpful.

Medication has been shown to be a highly effective treatment for the core symptoms of ADHD. Many myths exist in relation to ADHD medication despite the fact that it is the most thoroughly researched paediatric medicine. Medication targets symptoms of inattention, hyperactivity and impulsivity and allows the child’s natural abilities to become more apparent. In recent years, there has been increasing focus on the essential fatty acids found in fish oils. To date there is insufficient research evidence to prove effectiveness but anecdotally parents do report positive effects on behaviour and attention.

ADHD cannot be prevented. However, treating ADHD is not just important in reducing symptoms, it is crucial to prevent the secondary consequences of the disorder. Many children with ADHD can develop low self-esteem in the context of their day-to-day life experience of ‘always doing something wrong and being in trouble’ whether at school or home. Anxiety disorders and depression occur much more frequently in children and teenagers with ADHD, which may reflect the chronic effect of stress and negativity which all too frequently go hand in hand with the child’s daily life. It is very common that teenagers referred for treatment of anxiety and/or depression have an underlying undiagnosed ADHD.

Early detection and treatment of ADHD, just like other conditions, is the cornerstone of successful treatment. The effect of this cannot be underestimated as it gives children with ADHD a chance to fulfil their true potential.

Dr. Blánaid Gavin is a Child and Adolescent Psychiatrist.