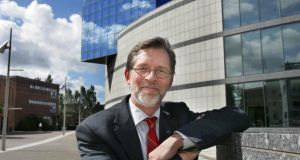 A significant change occurred in Irish higher education during the time I was president of Dublin City University. Some time around 2009, the suggestion began to surface that universities had been given too much freedom and that the resulting “light touch regulation” had not served the country well.

While it was never absolutely clear what the problem was, there were some suggestions that the system was insufficiently coordinated, involved some duplication and lacked an overall national strategy. As the taxpayer was contributing a lot of public money to universities, greater accountability was needed.

It is very hard to argue against better accountability. But in practice, a drive to ensure that people are accountable often ends up just ramping up bureaucratisation. And that, indeed, has been the experience of higher education over recent years. Nor has bureaucracy just been at work in university oversight and regulation, it has also crept into learning and scholarship. So university courses are now designed around “learning outcomes”, which are really just a way of expressing a syllabus in bureaucratic language with very little pedagogical value. Research is increasingly assessed not in terms of discovery and innovation but in terms of numbers on a spreadsheet.

As Oscar Wilde suggested, bureaucracy expands to meet the needs of an expanding bureaucracy. Anyone working in a university will have become all too aware of that. Towards the end of my term as president of DCU I did a quick calculation of the cost of maintaining various “compliance” functions made necessary by statutory or administrative requirements. The cost was significantly higher than we would spend on an average size academic department.

A year or so ago I was invited to attend a conference organised by the US-based Society of Corporate Compliance and Ethics on higher-education compliance. The conference organisers intended to discuss 22 topics, including audit, risk management, abuse of trust, fraud, data protection and ethics. It is easy to look at the list and say, sure, these are matters we need to address. And indeed they are. But compliance has become an industry that doesn’t particularly seek out best practice, but rather looks at ways in which potential problems can be contained: the management of risk. It is about protecting the institution. And once you’re on that track, you are talking big-time bureaucracy.

We are now spinning a web of accountability around the educational mission that has little to do with explaining or justifying our activities, and much to do with obscuring our responsibility through the creation of elaborate processes. The focus in all of this is on risk management and this, as you would expect, produces a very risk-averse system in which real innovation will find it hard to flourish because it is too risky.

It’s all part of the spirit of the age, in which innovation is often equated with recklessness and in which regulation is seen as the guarantor of good practice. The onward march of bureaucratisation continues, and nobody is really shouting stop. It is time to look again at what we think we need to control and contain. We do of course want to show integrity, fairness, inclusiveness and probity; but these are some of the methods, not the aims, of education.

We need to wrestle back the scholarly, pedagogical and community leadership agenda from those who think a good higher-education system is one that has the most elaborate and fool-proof procedures and the most aggressive methods of ensuring compliance with them.

In this campaign we also need to re-assert the benefits and desirability of university autonomy, meaning both the intellectual autonomy of the academy (academic freedom), and the freedom of institutions to chart their own strategic course.

Contrary to what is sometimes suggested, there is very little evidence that autonomy damaged any national interest; indeed before it came to be questioned, Irish universities were steadily rising up the global rankings.

Higher education run as a national learning administration, centrally strategised, will corrupt learning and stifle innovation. We don’t want to go there.