Cabinet signs off on plans for three new technological universities 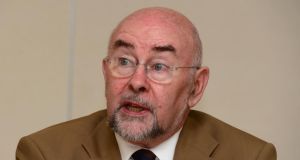 The Cabinet has signed off on plans to create three new technological universities as part of a plan for the most fundamental reform of third-level education in the history of the State.

The Higher Education Authority (HEA) is due to publish the final draft of the plan today along with the Department of Education and Skills.

The Cabinet accepted proposals this week from Minister for Education and Skills Ruairí Quinn to form the new universities from groupings of institutes of technology in Dublin, the southwest and the southeast.

The proposals also call for the establishment of clusters that will connect – on a regional basis – the existing seven universities, the new bodies, and all other institutes of technology and publicly funded higher education centres.

The Minister’s plans are largely based on a report first published in February 2012 by the HEA on the future of third-level education and then updated last November.

The Dublin Institute of Technology joined with IT Tallaght and Blanchardstown IT in one application. Cork and Tralee institutes formed a second and Carlow and Waterford institutes submitted a third.*