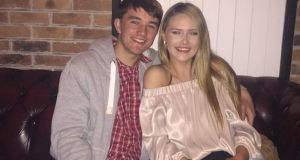 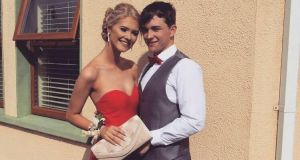 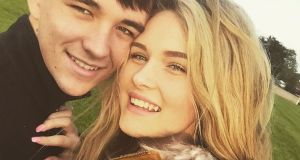 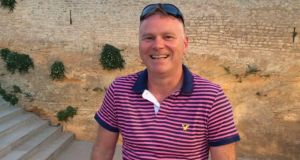 Des Butler was was fatally injured in Co Clare on Sunday morning. He was riding his bicycle when he was involved in a collision with a camper van. Photograph: Facebook

Tributes have been paid to teenage couple killed after a road crash in Co Limerick last weekend.

Gary Kelly (19) and Delia Keary (18) were travelling in a 4x4 involved in a collision with a truck about 2km outside Abbeyfeale on Friday evening.

Mr Kelly died at the scene and Ms Keary suffered serious injuries during the incident. She died in hospital on Saturday night.

The funeral of Mr Kelly, from Ennis in Co Clare, will take place in Ennis cathedral on Wednesday morning at 11am.

He is survived by his parents Kim and Shane, brothers Dylan and Ross and grandparents Bobby and Caroline Stack, and Mary O’ Donovan.

Funeral arrangements for Ms Keary, who is also from Ennis, are being finalised.

Friends paid tributes to the teenagers on social media, saying they would be “forever missed”.

Separately, three other people died in road traffic incidents over the weekend.

A 50-year-old male cyclist was killed in Co Clare on Sunday morning in a collision with a camper van.

The incident occurred at 11.45am on the N18 Limerick to Galway Rd, near Bunratty.

He has been named locally as Des Butler from Caherdavin, Co Limerick.

His son Rioghan paid tribute to his father describing him as “my idol”.

“To his family we pass on our deepest sympathies on behalf of past and present members of the club,” it said in a statement on social media.

“Des you have been taken from us far too soon but you certainly won’t be forgotten. Once again to his family we are so sorry for your enormous loss.”

In Cork, a 21-year-old man died when his car struck a ditch and then a pole on the Boherbue-Kiskeam road in north Cork in the early hours of Sunday morning.

The man, named locally as Denis Collins, from Chapel View in Kiskeam, was pronounced dead at the scene.

In Co Mayo, a man in his 30s died after his car left the road and hit a wooden fence on Sunday morning.

The incident happened at 4.20am on the N59 in Kilbride, Newport. The man was the only occupant of the car.