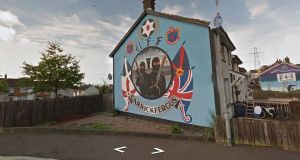 A PSNI commander has called for mediation to resolve a bitter dispute in a loyalist estate in Carrickfergus that has so far cost £1.6 million to police.

He said the dispute involved the South East Antrim UDA and a local family.

The officer said nine people had been charged in relation to the situation since May.

He said a police presence was required in the estate on a daily basis - something that was draining funds and diverting resources from other priorities.

He said: “This is an absolute waste of police time and public money - money that should be spent on normal day-to-day community policing.

“The police have confirmed that nine people have been charged with a range of offences, including drugs, intimidation and possession of weapons.

“The police have also recovered guns and cocaine during searches. Clearly the gangs involved in this dispute care nothing about the people living in this area, many of whom are living in fear.

“The police need the help of the local community to do their job fully, and I would urge anyone with information about criminal activities to pass it to the police on the 101 number or the Crimestoppers charity on 0800 555 111.”