Law struggling to keep pace with changes to social media 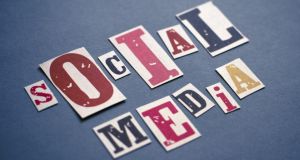 Online abuse of social media websites, particularly concerning young people, has come to the fore again following the controversy surrounding the “Neknominations” drinking challenge. The involves people filming themselves drinking, or “necking”, large quantities of alcohol, posting the video online and then nominating two others to do the same within 24 hours.

Despite the widespread condemnation of the drinking challenge, abuse of online sites is a problem that will not go away. People see social media as a means of engaging with the wider public in a way that was never possible before. Sadly, social media abuse often comes at a price, with cyberbullying and online challenges ultimately being connected with the deaths of young people. Yet internet and social media use can be a great force for good, connecting emigrants with families at home, and allowing businesses to develop new markets and to flourish.

Law has a key role to play in this online world, as victims of abuse often seek recourse in the criminal and/or civil courts. Businesses also need legal protection where former employees try to steal key confidential information or clients or damage the company’s reputation online.

It can be libellous to communicate in social media, including to tweet or re-tweet, a false statement which harms someone’s reputation. Likewise, if social media is used to publish private information about an individual it could give rise to a potential privacy claim. In both instances, it is possible to seek an injunction and damages.

This is specialist litigation, and the courts are having to develop new approaches to deal with the speed and ubiquity of internet defamation. Some providers, although based in Ireland, raise jurisdictional issues essentially, maintaining any litigation must be commenced in California. An added complication is that the perpetrator of abuse – who more often than not will have posted under a false identity and/or using more the one account – has to be identified before action can be taken. Victims can get the civil courts to reveal the identity of the user by getting a Norwich Pharmacal Order.

A company’s confidential information on its products and

networks and the reputation of a company have both been recognised by the courts as constituting part of the property of the company.

Recent judgments in the UK have also held that a company can own an employees linked in contacts. Where an employee tries to steal or make use of confidential information, there are several ways the courts have taken steps to protect these rights, for example; a company can sue (and be sued) for defamation; the tort of passing-off exists to protect the goodwill of a business and safeguard its reputation.

However, with social media, speed is of the essence and injunctions are required to stop an employee from hiving off the goodwill, reputation and customers of a business before the damage is done. Companies need to know what they can and cannot protect and how to get that protection in place as quickly and effectively as possible.

An employee who makes posts on social media which are derogatory of the company may harm the company’s property in both its reputation and the goodwill it enjoys. What is worse is that an employee may be perceived to have an insider’s view or be thought to be speaking with authority on issues internal to the company.

While the remedies of defamation, injunctions and Norwich Pharmacal Orders are of some assistance, the current legal tools are arguably not enough. Law is struggling to keep pace with changes to social media and, while new laws requiring social media sites to identify users engaging in online abuse are being considered, in the absence of such legislation providers are facing increasing pressure to take a pro-active stance in dealing with such abuse.

There is clearly a balance to strike in terms of how social media sites should deal with abusive users. ISP

s take the view it would be practically impossible to monitor all communications. An overbroad regulation would be a blow to free speech and the very appeal of social media if users were being prevented from communicating freely.

However, it seems clear that social media providers can and should do more to prevent the transmission of harmful material. Many have rights under its own policies to take a wide range of actions against those who breach their rules. Even if there is little that can be done stop the abuse at the time, providers could take swifter action by removing content and disclosing that person’s details to comply with a law, regulation or legal request or to protect the safety of another user.


Barrister Clíona Kimber is speaking at a breakfast seminar on social media litigation in the Fitzwilliam Hotel tomorrow. The event opens for registration at 8am. Speakers include Pauline Walley SC, Andy Harbison of Grant Thornton and barrister Rithika Moore Vaderaa.