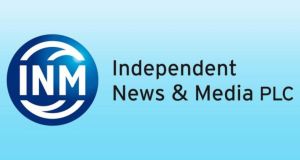 Chairwoman of the tribunal Veronica Gates said she was satisfied that Independent News & Media had been notified of the hearing and was aware it was taking place.

An unfair dismissals case taken by a former worker at Independent News & Media went ahead yesterday at the Employment Appeals Tribunal despite the absence of representation from the newspaper.

The company sent no one to act for it against its former writer Catherine Murphy, who claimed she was an employee of the paper from August 31st, 2011 to December 31st, 2012, and was unfairly dismissed.

Chairwoman of the tribunal Veronica Gates said she was satisfied that Independent News & Media had been notified of the hearing and was aware it was taking place.

“For whatever reason, they haven’t appeared,” she said.

Based on the information provided by Ms Murphy it appeared “there is a case to be answered”, Ms Gates said, and the case could go ahead without the newspaper.

The chairwoman said Ms Murphy had supplied a comprehensive statement of “her side of the story”, and the tribunal had read it. She invited Ms Murphy to take the oath and confirm that her written statement was the correct position.

The statement was not read into the record.

Management consultant Ken Stafford told the tribunal his client had no contract, no payslips and had not been provided with a P60. The salary agreed for her work was €1,200 a week and Ms Murphy worked full-time and exclusively for the paper during the 16-month period. The money was paid into her bank account directly.

“Under any criteria you would use, it is a slam dunk that she was an employee,” he said.

“There is nothing about the arrangement that is other than an employee.”

He also said there was a “revenue issue” that was a matter for Independent News & Media to look after. It was their responsibility to look after taxes, he said.

Mr Stafford said Ms Murphy “kept seeking a contract” from the company, but was never supplied with one. By the time she was terminated, the newspaper had changed its position on her status.

She was sent an email notifying termination on November 21st, 2012, after a phone call in which she was told she would not be continuing with the company.

“Everything from the start to the end was amazingly sloppily done for a large company,” Mr Stafford said.

Ms Murphy told the tribunal she had got sporadic work since she lost her job, and had emailed editors repeatedly, but had been unsuccessful. She was now receiving a partial Jobseeker’s allowance.

The chairwoman told her the tribunal would notify her of its decision as soon as possible.

1 Coronavirus: Ireland plans for massive increase in tests
2 Coronavirus: what we know so far about how it is affecting Ireland
3 Coronavirus: Italy-Ireland match behind closed doors may be option, says Harris
4 Dublin stabbing: Parking space was at centre of previous rows, gardaí told
5 Miriam Lord: Lady Lou crowned the People’s Taoiseach at Liberty Hall
Real news has value SUBSCRIBE