‘Ireland has a rape culture’: Woman who was assaulted calls for more victim protection 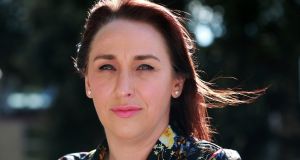 A woman who was drugged and raped nearly two decades ago in a Waterford hotel has called for more protections for sexual assault victims.

Writing on Twitter this week to mark the anniversary of what happened to her, Linda Hayden said she never reported it to gardaí then, or since, saying she refused to give her attackers “power over me”.

Ms Hayden had stayed up with her brother for a late drink after a wedding but believes her drink was “spiked” later by two men who “picked me out of that crowded lobby” and waited for the drug “to kick in”.

“I remembered two men holding me up in a corridor in the hotel and my head was heavy.

“We met a member of staff who asked where they were taking me and they said ‘She’s locked, we’re taking her to her room’.

“The next thing I remember is coming to during it and crying out because I didn’t know where I was and what was happening to me. I was saying ‘Please, stop’.

“I must have passed out after that.”

“I wasn’t able to stand so I had to crawl to the bathroom and into the shower where I just sat for ages trying to clear my head.”

Having told no one, six months later, she went to a sexual health clinic where she was diagnosed with gonorrhoea and genital warts that she believes have left her infertile.

Ms Hayden’s marriage a few years later to “the first guy that asked me” lasted only five years before collapsing, and she still suffers, she says, from depression and anxiety.

Often, court cases and media coverage imply that women “need to mind yourselves if you’re going out for drinks, you might get raped”, but men will get the benefit of the doubt, if they “come from good stock”.

Later, she forgave her attackers : “My dad – he’s a survivor of clerical child sex abuse – said, in order to move on you have to forgive or you’ll be stuck with that anger forever. So I forgave them; they had no power over me anymore.”

The nine-week long 2018 Belfast rape trial “re-traumatised” her and many other victims, she said.

“I was so angry, I needed to do something.”

The day after it ended she set up the Action Against Sexual Violence Ireland group.

Since speaking out on Twitter, Ms Hayden has been contacted by about 50 women and men, including those who have self-harmed, or those with loved ones who were attacked “but who do not know how to speak to them about it”.

The review into the conduct of rape trials is welcome, but taking too long, while the media should avoid shaming victims.

Consent classes should be given in primary schools, she believes.

Nearly two decades on, Ireland still has “a rape culture”, she says.

“If you post on Twitter about rape, people accept it but if you say it to someone’s face they don’t know how to respond.”