How gardaí uncovered a massive fraud network based in Ireland 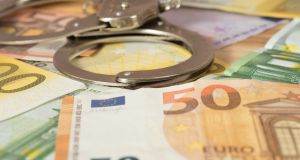 A special team was set up in the Garda’s National Economic Crime Bureau to investigate suspicious online transactions. Photograph: iStock

Just under two years ago gardaí became inundated with requests for assistance from police forces in Europe all telling a similar story. Somebody in a European country had made a purchase online – from a luxury watch to a caravan, tractor or classic car – but they had not received the goods or vehicle they had paid for.

In each case the money had left the purchaser’s bank account and had ended up in an account in the Republic. The requests to track the money became so frequent that a special team was established in the Garda National Economic Crime Bureau to investigate what was going on.

The team of investigators, under Det Supt Michael Cryan, quickly determined that a Romanian international crime gang had set up shop in Ireland about a year earlier and was targeting victims in Ireland and across Europe.

They were offering non-existent vehicles and goods for sale at attractive prices that generated plenty of sales. Since October 2018, when the Garda investigation began, gardaí have established that at least 126 Romanian nationals physically present in the Republic have taken an active part in the gang’s activities.

One gang member on Tuesday was handed down a 3½ year sentence for his role in the organised frauds in which the gang specialises.

At least 71 of the 126 people have opened back accounts in the State since 2017 using a total of 189 false identifications. This has included passports and driver’s licences supported by forged utility bills or insurance policies to provide proof of address to banks.

Once the network of Irish accounts was up and running the gang offered non-existent goods and vehicles for sale on secondhand marketplace websites in Ireland and across Europe. When the unsuspecting buyers paid online, the money went into the Irish accounts. The gang closely monitored all deposits into the accounts and they were withdrawn the same day, or the day after, in-branch in cash. The vast majority of the money has never been found.

The gang involved is overwhelmingly male. All of its members are from Romania and most come from Valcea. The city has been dubbed “Hackersville” in the international media because so many international frauds have been traced to the region.

Since October 2018, gardaí have uncovered the network of bank accounts in the State controlled by the gang and into which €4.7 million was deposited and then withdrawn. Many of the gang members involved, and their accomplices based in other countries, have been linked to bank accounts across Europe into which €21.6 million has been paid, before being withdrawn, over the past three years.

In Ireland the gang was organised in five cells, in counties Dublin, Donegal and Cork. Properties where members of the gang were living in those counties have been raided in recent years, yielding a vast array of false identifications and forged documents.

The gang is known for meticulous planning, with its members keeping receipts for day-to-day expenses and being reimbursed for same. In the event members of the gang, even junior criminals, are jailed for periods after being arrested, the gang pays small sums of money into prisons for them to spend in jail tuck shops. It also provides for the families of any of its members when they are in prison.

The cell members based in an apartment in north Dublin were also travelling to Finland and running a fraud base there, using the same modus operandi. Another cell, which operated between an address in Dublin’s south inner city and Wexford, was also operating a base in the UK and another in the Netherlands. A third cell, based in Co Donegal, was also operating in Northern Ireland and Scotland.

When gardaí raided the properties in Ireland linked to the gang the evidence found there revealed a highly organised and disciplined criminal network, populated by many members who had been university educated in Romania.

Every bank account opened was given its own shoe box and in that box was stored a mobile phone and SIM card along with any financial or other documentation related to the account. The same phone or SIM was only ever used to conduct business linked to one account. That precaution ensured a phone or the person operating it could not be linked to other accounts or transactions across the criminal network.

While many of the bank accounts were opened using false identification, others were opened in the names of the account holders, or money mules. These were Romanian people flown into Ireland for the purposes of opening one or more bank accounts. If they simply opened accounts and then surrendered each one for use by the gang they would receive a once-off payment of €400 per account and fly back to Romania. However, if they agreed to stay in Ireland and conduct the business linked to the accounts they opened, such as making withdrawals of cash in bank branches, they would be paid 5 per cent of everything they withdrew for the gang.

When they flew to Ireland, transport would be provided to the airport in Romania and at the other end in Dublin, where they would be collected at the airport and taken to their accommodation. Their flights and accommodation would be paid for in advance, and once they kept receipts for any other expenses incurred while in Ireland they would be reimbursed that money on their return to Romania.

1 Coronavirus: Unwinding of latest stage of roadmap ‘could be pushed back further’
2 UK accuses Russia of election interference and trying to steal Covid-19 vaccine
3 Coronavirus in Ireland: Further reopening delayed amid 'worrying' rise in infection rates
4 The downing of a minister: How Barry Cowen went from hero to zero in just twelve days
5 Muslim group seeks permission for Croke Park Eid event to go ahead
Real news has value SUBSCRIBE