Annagry cemetery sealed off as part of investigation in Gaeltacht village 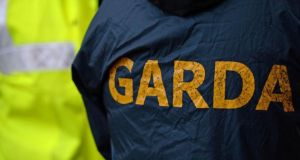 Locals are being asked not to visit the graveyard on the outskirts of Annagry while the exhumation takes place. File photograph: Frank Miller/The Irish Times

Mystery surrounds the exhumation of what it believed to be the remains of a child from a Co Donegal graveyard on Wednesday morning.

Gardaí arrived at the ‘new cemetery’ on the outskirts of the gaeltacht village of Annagry at around 6am.

The officers placed a large black forensic tent around a grave and began an operation. It is understood that one small coffin has been moved as part of the operation.

The coffin is understood to belong to that of a small child which died within the past 18 months.

A number of people attempting to visit the graveyard, which is approximately one kilometre outside the village, were asked to remain outside while the operation took place.

It is understood the remains have since been taken to Letterkenny General Hospital for a full examination.

The details of what led to the exhumation taking place remain unclear.

A spokesman for the Garda Press office confirmed an exhumation had taken place but said they could not comment further because of operational matters.

He said the exhumation was taking place between gardaí and the coroner for the North-west of Donegal.

A local Garda source also confirmed the operation to remove a coffin had taken place but described the situation as “sensitive.”

The tent was taken down after the coffin was taken away and people are allowed back into the graveyard after 2pm yesterday.

A local resident said “Nobody really knows what has happened. The grave which was examined belongs to that of a couple from outside the area who had lived here for a while.

“They did lose a baby but nobody knows why the coffin has been dug up at this stage.”