Father of three charged with murder at Cavan house 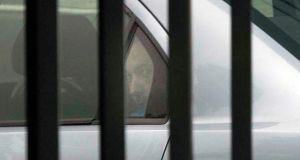 A 28-year-old student made no reply when he was charged with the murder of archaeologist Emmet Connolly, who died following a fatal stabbing in Cootehill in Cavan at the weekend.

Mr Connolly (32), from Rockcorry, Co Monaghan, had recently returned to Ireland after spending 18 months in Australia. He had been socialising in Cootehill on Saturday when he went to a house at Lodge View estate.

His body was found at the house in the early hours of yesterday morning.

Today, father-of-three Kevin Moran, who is originally from Dublin but has an address at Lodge View, Cootehill, was charged with the murder of Mr Connolly.

Mr Moran, who has not yet indicated how he will plead, remained silent during the brief hearing.

Legal aid was granted after Mr Moran’s solicitor Martin Cosgrove told Judge McNamara his client is a single parent who earns €290 per week, having recently started a Fetac sports course.

Judge McNamara said that due to the nature of the charge, bail could not be granted in the District Court.

She remanded the student, who was wearing a blue T-shirt, navy tracksuit bottoms and brown shoes, in custody pending his next hearing, which will take place at Cloverhill District Court this Friday.