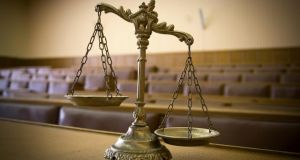 
A judge has found that a nurse who admitted placing surgical tape across a patient’s mouth was overworked and under serious stress with inadequate management support in a HSE hospital.

Judge Kevin Kilrane was preparing to sentence Bimbo Paden (39) for an assault on Kevin Quinn, who is a patient in St John’s long-term care hospital in Sligo.

However, he deferred sentence and called for a psychiatric report to establish the stress the father of three Paden was working under at the time of the incident on June 26th last year, when he was caring on his own for nine patients.

The judge said at Sligo District Court that a HSE internal investigation found Paden worked under serious stress which he never complained about before. “Maybe he should have complained about the workload. Perhaps he broke under stress.”

The judge found Paden worked in conditions that were “inequitable, unreasonable and unsafe”.

Judge Kilrane said putting a tape across the patient’s mouth to silence him because another patient was agitated was “completely and utterly unacceptable and an appalling act to a defenceless patient”.

Earlier yesterday, Kevin Quinn’s brother Christy Quinn, from Ballymote, Co Sligo, told the court he had studied inquiry documents provided to him on the court’s order after a hearing last month. He said Kevin’s illness had caused him to be silent for the past 12 years so he had difficulty understanding the nurse’s claim that he had been shouting.

“When I would go into Kevin he would love you to touch him. Now when I put my hand on his face he pushes you away. It was total abuse of a patient and Kevin is very vulnerable. He is totally incapacitated and can’t fight back.”

The case was adjourned to April 10th for mention when Judge Kilrane expects to hear how long a psychiatrist, who is an expert in stress, will take to present a report.