Companies say 2013 decision could affect 11,000 jobs and bring industry to ‘a standstill’ 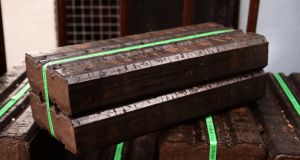 Two peat extraction firms have been refused permission to appeal a significant finding that their activities are no longer exempt development.

The companies had claimed the finding would effectively bring the industry to “a standstill” with implications for some 11,000 jobs while planning applications are put in train.

In a ruling on Friday, the High Court’s Mr Justice Charles Meenan refused leave to appeal his February judgment upholding An Bord Pleanála’s decision that the activities are not, after September 2012, exempt development.

The board’s decision was made in April 2013 after Friends of the Irish Environment (FIE) queried the development status of the operations.

Mr Justice Meenan dismissed both challenges in a judgment which means, from September 2012, all commercial peat harvesting in Ireland is unauthorised unless it has planning permission.

He found a “sound legal basis” for the board’s decision that the firms required an Environmental Impact Assessment and Appropriate Assessment for the works.

The companies sought permission to appeal but their applications were refused on Friday by the judge. He accepted the outcome of the case has “important and far reaching” implications for the peat harvesting industry.

In this matter, he considered the relevant law was not uncertain. It seemed to him that what the companies require is not a COA decision resolving an uncertainty in the law “but rather a change in the law itself”.

Bulrush, of Magherafelt, Co Derry, has since 2003 operated a facility at Camagh Bog near Castlepollard, Co Westmeath, 80 hectares of which is subject to peat extraction. Extraction of peat from the lands began about 1983.

Westland has carried out commercial peat extraction operations since 1993 on lands at Coole, Mayne, Ballinealloe and, since 1999, on lands at Clonsura, respectively leased from Westmeath Peat and Cavan Peat. The lands comprise a total 272 hectares.

In a separate case on Friday, the judge refused leave to FIE to appeal his dismissal of its challenge to An Bord Pleanála’s decision that it had insufficient information about affected land owners or occupiers to decide whether other peat extraction works in the midlands need planning permission.

At the request of FIE, Westmeath County Council had asked the board to determine whether peat extraction works in the townlands of Lickney/Newcastle, Doon and Carlanstown were exempt development.

In May 2013, the board dismissed the referral over difficulties in identifying the owners and occupiers. Mr Justice Meenan said the problem facing the Board was, regardless of the fact the lands could be identified, the owners/occupiers could not to the extent it would have been unsafe for the board to make a determination concerning the property rights of those involved.

The board had taken certain steps to identify such persons and he could not conclude its dismissal of the referral was either irrational or unreasonable, he said. In refusing leave to appeal, the judge said no point of exceptional public importance arose. If FIE got basic information about the identities of the land owners, it could renew its application for a board determination, he added.