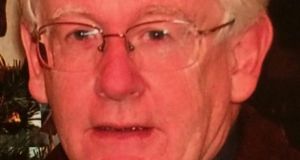 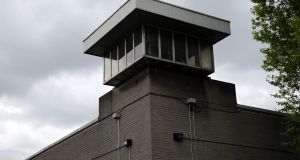 Convicted sex offender and legal academic Brian Doolan has taken a High Court challenge over being disciplined by the Arbour Hill Prison authorities for comments posted on his website criticising the victim support group One in Four.

Doolan, who taught law at the Dublin Institute of Technology, was convicted and jailed for 12 years, with two years suspended in 2016.

He had pleaded not guilty to 44 charges of sexual abuse of a male, including 11 counts of rape. He was convicted on 42 of the charges.

In judicial review proceedings, Doolan has challenged a finding by the prison governor, made following a disciplinary hearing held on September 26th last, that he breached the prison rules by engaging in misconduct within the prison.

The governor found Doolan had breached the prison’s rules by instructing his son via the prison’s telecommunications system to post comments and content to the website www.briandoolan.com

The comments were critical of One in Four and of the complainant who gave evidence in his criminal trial. After finding Doolan breached the rules, the governor ruled he could not receive phone calls nor have any visitors for 30 days.

At the High Court on Monday, Feichín McDonagh SC, said the claims against Doolan could not be deemed as disruptive to the good order and running of the prison. The matters of concern to the governor were not covered by the prison rules and therefore the governor could not make any findings on them, he said.

His client was unhappy with the disciplinary hearing for several reasons including that he was not given a transcript of the phone calls at the centre of the allegations until after the hearing. The governor also provdied no reasons why he was prohibited from receiving visitors.

Doolan also says the appeal procedure under the prison rules breaches his rights because it provides he can only appeal the sanction imposed to the Minister for Justice who cannot overturn the finding of guilt.

His proceedings are against the Prison Governor, the Minister, Ireland and the Attorney General.

He wants orders quashing the finding of guilt and the punishment imposed on him and various declarations, including the failure to provide him with an appeal against the findings against him by the governor breaches his rights under the Constitution and European Convention on Human Rights (ECHR).

Permission to bring the action was granted on an ex parte (one side only represented) basis by Mr Justice Seamus Noonan on Monday. The judge returned the matter to February.