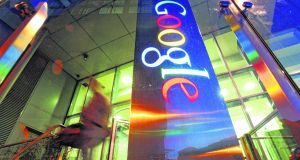 Mark Somos claims the hacking has been instigated by ‘Qatari-based actors’ arising out of his representation of several victims of human rights abuses by the state of Qatar. Photographer: Paul McErlane/Bloomberg via Getty

A German human rights lawyer has brought proceedings against Google Ireland before the Irish High Court over what he claims are several attempts by parties based in the Middle East to hack his private email account.

Mark Somos claims he has been subject in recent weeks and months of attempts to unlawfully access his Gmail account by an unknown individual using a Qatari phone number. He wants orders against Google Ireland aimed at assisting him and his lawyers identify who is behind the hacks, so he can bring proceedings against them.

The action is before the Irish courts because Google’s Dublin facility is its European, African and Middle East headquarters. Mr Somos, represented by Niall Buckley BL, is an international law scholar who has acted as counsel in several International Court of Justice cases.

He claims the hacking has been instigated by “Qatari-based actors” arising out of his representation of several victims of human rights abuses by the state of Qatar. Mr Somos says he has received warnings from the German security authorities about attempts by Qatar to hack his and his client’s phones and computers.

Mr Somos, who says some of his clients should have been placed under extensive police protection in Germany, has submitted complaints on their behalf to multiple United Nations bodies, including the Human Rights Council. He claims he received an alert last month that somebody using a Qatari phone number had reset the recovery email and recovery number for his personal Gmail address. The full number was masked but the international dialing code for Qatar was displayed, he claims.

As a result he had checked various devices recently used to access his Gmail account. These include an attempt by somebody using an IP address from a device used in a park in Heidelberg in Germany, where he is based. He has also tried to geolocate other IP addresses of devices he claims have attempted to hack his account.

He claims the attempts are a breach of his rights, including to privacy, and the attempted hacks have caused him considerable distress. He said he had sought information from the internet giant, but was informed it required an order from the courts before it would supply such information.

The action was briefly mentioned on Thursday to Ms Justice Leonie Reynolds, who adjourned it to next week.