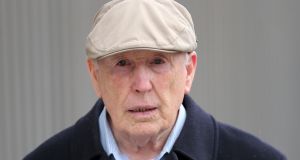 More than 110 civil actions against the HSE arising from claims against jailed doctor Michael Shine have been settled, the High Court heard.

Some 112 cases against the HSE and Shine, who was jailed for four years earlier this year for indecently assaulting seven boys in his care over three decades, were pending before the court.

On Wednesday, Sasha Louise Gayer, for 112 plaintiffs, said the case against the HSE in those cases had been compromised and could be struck out. Four other cases against the HSE are still in being, counsel said.

Mr Justice Charles Meenan asked whether notices of indemnity had been served on the other defendant in the case, the Medical Missionaries of Mary, who ran the Our Lady of Lourdes Hospital in Drogheda, Co Louth, where Shine was employed and where the offences took place.

The hospital later became part of the HSE.

Douglas Clarke SC, for the HSE, said indemnity notices had been served on the religious congregation.

The judge said he would make the strike out and costs orders as sought by the plaintiffs.

Earlier on Wednesday, Court of Appeal president Mr Justice George Birmingham was told, as the 112 cases had been settled, a pending appeal court case in relation to whether the cases should be heard by a jury or by a judge could also be struck out.

A separate appeal in relation to the hospital remains and judgment is due to be given on that at the end of January.

1 Taoiseach ‘disappointed’ he only learned of Barry Cowen’s driving ban on Friday
2 Covid-19: Travel restrictions to stay and 'green list' put on hold amid fears of second wave
3 ‘Only a civil servant’ could have come up with ‘unenforceable’ pub regulations
4 ‘Unseasonably’ windy weather set to buffet Ireland
5 Bobby Storey: The IRA's planner and enforcer who stayed in the shadows
Real news has value SUBSCRIBE