Decision could have major implications for asylum seekers in Ireland 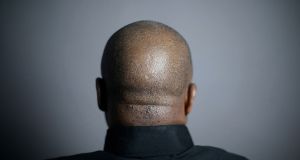 A Burmese man who spent eight years in direct provision before getting refugee status has unanimously won his Supreme Court appeal over laws preventing him working here before his status was decided.

The seven judge court unanimously agreed the absolute ban was “in principle” unconstitutional but has adjourned making any formal orders for six months to allow the legislature consider how to address the situation.

The court found, “in principle” and when there is no statutory time limit for processing asylum applications, the “absolute prohibition” on asylum seekers seeking employment in the 1996 Refugee Act - and continued in the International Protection Act 2015 - was contrary to the constitutional right to seek employment.

If the ban was applied to a citizen, it “would be difficult, if not impossible, to justify”, Mr Justice Donal O’Donnell said in a judgment endorsed by the other six members of the court.

The judgment, which focussed on the extent of the entitlement of non-citizens, “as human persons”, to rely on constitutional rights, has major implications for asylum seekers.

A right to work, at least in the sense of a freedom to work or seek employment, is a “part of the human personality”, Mr Justice O’Donnell said. The requirement in Article 40.1 of the Constitution that individuals as human persons must be held equal before the law means those aspects of the right which are part of human personality “cannot be withheld absolutely from non-citizens”.

The case, brought against the Minister for Justice with the Attorney General and Irish Human Rights & Equality Commission as notice parties, raised legal issues of “general public importance”, Mr Justice O’Donnell said. The Commission had described it as a “test” case.

The judge said the man was eight years in the asylum system before getting refugee status. While offered work in his direct provision centre in 2013, he could not take that up due to the ban on seeking work.

Represented by Michael Lynn SC, the man had argued, while in direct provision on a €19 weekly allowance, he suffered depression, “almost complete loss of autonomy” and said being allowed to work was vital to his development, personal dignity and “sense of self worth”.

Mr Justice O’Donnell said, while the State can legitimately have a policy of restricting employment of asylum seekers, Section 9.4 of the Refugee Act does “not just severely limit” their right to seek work, it “removes it altogether”.

If there is no limit on the time for processing an asylum application, that could amount to an absolute prohibition on employment, no matter how long a person was within the system, he said.

“The point has been reached when it cannot be said the legitimate differences between an asylum seeker and a citizen can continue to justify the exclusion of an asylum seeker from the possibility of employment,” he said.

“This damage to the individual’s self worth and sense of themselves, is exactly the damage which the constitutional right [to seek employment] seeks to guard against.”

The evidence from the man of his depression, frustration and lack of self-belief at being unable to work “bears this out”.

In principle, he would be prepared to find, where there is no time limit on the asylum process, the “absolute prohibition” on seeking employment in Section 9.4, continued in Section 16.3.b of the International Protection Act, “is contrary to the constitutional right to seek employment”.

Because this situation arises as a result of the intersection of a number of statutory provisions, and could arguably be met by alteration of one or other of those, and since that was “first and foremost a matter for executive and legislative judgment”, the court would adjourn consideration of what order to make for six months, he said.

The court will hear submissions about what order should be made “in the light of the circumstances then obtaining”, he added.

Shortly after coming here in 2008, the man was refused refugee status but appealed.

After the High Court found errors in how his applications were decided, and further re-hearings before the Refugee Appeals Tribunal, he got refugee status last September.

Because that meant he could legitimately seek work, the State argued the Supreme Court should dismiss as pointless his appeal over the Court of Appeal’s 2/1 rejection of his case. However, the Supreme Court said it had decided to address the core issues for reasons including the case raised a point of law of general public importance and that was likely to be raised in other cases.