Previously dismissed appeals against protection refusal must be reconsidered 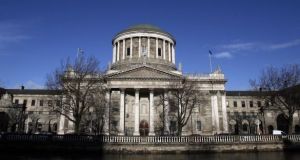 The woman said she came here with her husband nine years ago after she suffered threats while working as a political journalist in Albania.

An Albanian mother who has been in Ireland nine years with her three young children has won a High Court challenge over a dismissal of their appeals against a protection refusal. Their appeals must now be reconsidered.

The woman said she came here with her husband nine years ago after she suffered threats while working as a political journalist in Albania, particularly due to reporting on election corruption there.

Mr Justice Richard Humphreys noted the International Protection Appeals Tribunal (IPAT) had accepted evidence the woman had been involved in political journalism in Albania and had published on election corruption there.

He also noted the documented risks to political journalists in Albania.

The tribunal’s approach to this issue, effectively to classify her as a “minor player” because she was in her late teens at the time, and who would not be at risk if she returned, was “irrational”, he held.

He said the woman’s husband has been in Ireland “on and off” for 19 years and remains subject of a deportation order made in 2002 which he had evaded. It would “not be very humane”, or in accordance with the desirability of a holistic treatment of the family, to deport him on his own, the judge remarked.

The Department of Justice, “for whatever reason”, had made clear it intended to deport the family if the fresh application by the mother and children for protection is refused.

That was “entirely” a matter for the department but, given IPAT’s acceptance of the woman’s evidence of involvement in political journalism in Albania and the documented risks to political journalists there, “the phrase that comes somewhat unbidden and unwanted to mind [is] ‘good luck with that’.”

He was giving judgment on the proceedings by the mother and children.

The woman had said she had, from October 2008, suffered threats, including death threats, while working as a political journalist in Albania. She married her husband there in early 2009 and they got visas at the Irish embassy in Athens in 2010.

One of the “curiosities” of the case was how the husband got a visa when he was subject of the deportation order of 2002, the judge said.

The purpose of the visas seemed to have been to attend a conference here – concerning care for the elderly – as part of a delegation from the Albanian Conservative Party which met with elected representatives of Fine Gael at the conference.

The couple came here on the visas in April 2010. The woman was then pregnant with their first child and they had two more children. After the birth of the third in 2014, the husband sought leave to remain, effectively a deportation revocation application. That was refused.

Asylum applications in April 2015 by the mother and children also failed and they were refused protection or leave to remain.

The judge said, while the refusal of leave to remain was not specifically challenged, it appeared “seriously flawed” for reasons including stating there was insufficient evidence the mother was here since 2010 “apart from the birth certificates of two of her children which state they were born here”. The birth certificates were “very weighty” evidence of her presence here and various testimonials also supported that claim.

He overturned the IPAT refusal for reasons including the “unacceptably unclear” basis for its finding against the woman.

The tribunal also found there was no country of origin information the woman “will be persecuted” when the standard of proof regarding past persecution was balance of probability and that for future persecution was “reasonable chance” or “sufficient reasons” for believing the person would face a real risk of serious harm.